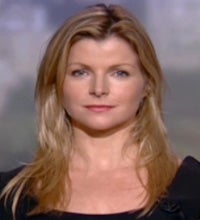 Well, I was wrong.

The New York Post has hired Paula Froelich’s replacement and editor Richard Johnson’s new lieutenant at Page Six – and it isn’t any one of the six candidates (including my even money favorite Ben Widdicome) I had culled in my short-list for the high-profile position.

The newest member of the world’s most famous gossip page is Emily Smith, formerly the U.S. editor of U.K. newspaper The Sun and most recently East Coast News Director at Life & Style.

The news, first reported by Gawker, was confirmed by a source at Page Six to the TheWrap.

Smith spent less than three months at Life & Style before jumping to the Post. She had been hired in June.

In a statement distributed by the Bauer glossy, Smith called Page Six her "dream job.”