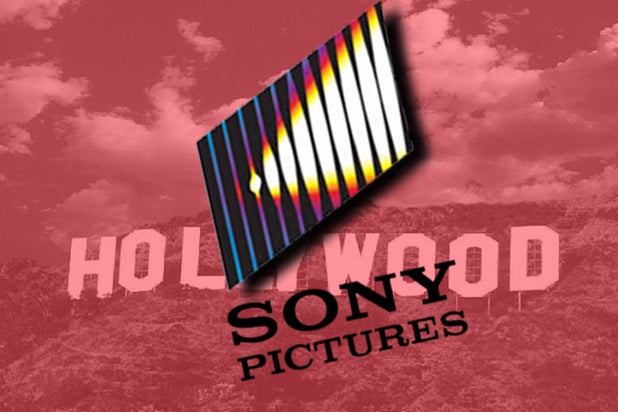 The Sony hack attack has wary executives across Hollywood stepping away from their computers and handheld devices.

In multiple conversations with reporters, industry executives say they find themselves in a terrifying position for a culture glued to smartphones: off the grid. Executives across the industry are changing their passwords and turning to the telephone rather than email. At least two cable executives said they had received suspect spam emails with links from Pastebin, the file-sharing site used by the hackers.

“This is the kind of situation you wouldn’t wish on your worst enemy, even as bitter as the studios can get,” said one consultant to several major studios. “This is really a nightmare for anyone who runs a business. We had to come to accept that you need a security guard in front of the bank. Now we’re realizing a guard might not be enough. Maybe the guard should have a bazooka.”

At Sony, calls, fax machines, billing by hand and snail mail have become the new facts of life on the lot since last month’s data breach. Sony’s publicity department has curbed standard practices like mass-emailing press releases to media, instead letting crisis consultants handle those tasks, one knowledgeable individual said. The Culver City campus has seen limited access to wifi, with the few hotspots set up around the lot using new hardware, the insider added.

“The entire company is at war,” one insider said. “No one can get their job done.”

Reps for Sony have not yet returned TheWrap’s request for comment.

One executive said that he has gone through prior email exchanges with Sony, simply scanning for any personal data he may have sent.

“Truthfully, I haven’t had to send an email in a while, and I’m relieved,” he told TheWrap. “It’s frightening to think you could have information floating out there, wondering if it’s worth being leaked.”

Sony’s former employees 0 or “legacies” as one individual put it – have been changing their work and home log-ins out of fear their personal information lay somewhere in ten years worth of documents floating on the Internet.

As a federal investigation widens, even industry colleagues privately voice support for the studio, but concede that the search for suspects and a motive have kept them at arm’s reach, even from personally reaching out to embattled studio co-chair Amy Pascal.

Email is an obvious point of contention given wave after wave of released conversations from Pascal have caused embarrassment and outrage. And the worst is yet to come, according to a purported hackers Guardians of Peace or #GOP.

“We are preparing for you a Christmas gift,” the #GOP said on Saturday. “The gift will be larger quantities of data. And it will be more interesting. The gift will surely give you much more pleasure and put Sony Pictures into the worst state.”

The ominous message was attached to another group of confidential Sony files. Some of the files appear to be related to Grouper, a streaming site Sony acquired and then renamed Crackle, while another folder is labeled “junderwood,” which could be a reference to Jim Underwood, a former Sony executive who now works at Facebook.

Scott Bowles contributed to this report.