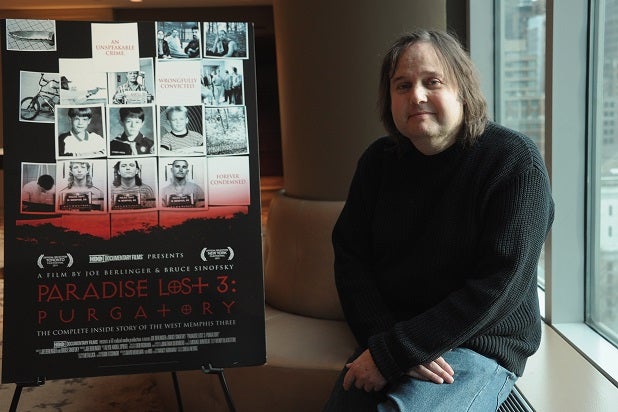 Sinofsky was nominated for an Oscar for 2011’s “Paradise Lost 3: Purgatory,” His other credits include the documentary “Metallica: Some Kind of Monster” and “Good Rockin’ Tonight: The Legacy of Sun Records.”

In addition to the Oscar nomination, Sinofsky won two  Emmys, a Peabody and an Independent Spirit Award.

“Bruce encouraged both of us to throw caution into the wind to start capturing what would become Brother’s Keeper in 1991 with no money in our pockets, in the pre-video 16mm age of documentary-making, when making a no-budget film took a little more ingenuity to get in the can.  His unique combination of courage and empathy made that possible, as well as everything that came after for us. The extraordinary adventures we had on the road and the deeply stimulating experiences we had in the editing room were life-changing for all of us who knew him thanks to his wisdom and fervor to change the world.  Bruce’s humanity is on every frame of the films that he leaves behind, and words can’t express how graced I feel my life has been by having the extraordinary opportunity of being able to say we were partners and, more importantly, best friends.”

Sinofsky also directed “Good Rockin’ Tonight: The Legacy of Sun Records” for PBS/American Masters, episodes of the Sundance Channel series “Iconoclasts,” an installment of The History Channel’s “10 Days that Unexpectedly Changed America,” and numerous other film and television projects.Sinofsky was nominated for an Academy Award in 2012 for “Paradise Lost 3,” just months after the West Memphis Three were released from prison after eighteen years of wrongful conviction that the films highlighted.  The films were the catalyst for the movement that set the West Memphis Three free.

Born in Boston, Sinofsky graduated from the Tisch School of the Arts  at NYU and began his career at Maysles Films, where he was senior editor, working on commercials and features. Sinofsky left Maysles Films in 1991, launching a production company with Berlinger.

“Some Kind of Monster” followed Metallica as they underwent group therapy, following the departure of bassist Jason Newsted and singer/guitarist James Hetfield’s entry into a rehabilitation facility.

A memorial service will be held in March.