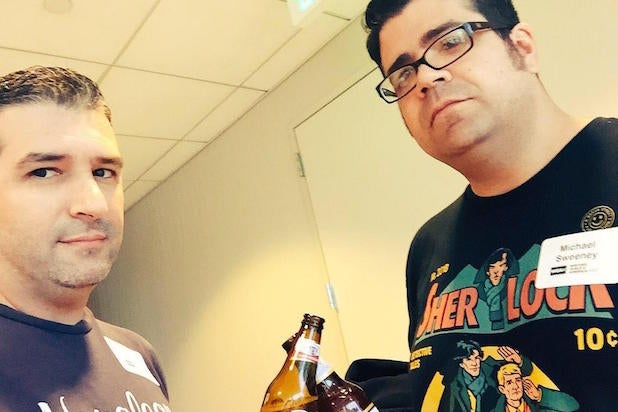 Originally written by Alan Trezza (“Burying the Ex”), the story follows a young woman who is possessed by a powerful demonic force. She seeks refuge within The Sanctuary, a secret organization run by the Vatican that teaches the possessed to channel their inner demon and use its power as a weapon against evil.

Elizabeth Raposo has been with the project since 2012 and will continue to oversee its development on behalf of Paramount, while Ethan Erwin will oversee the project for Silver Pictures Entertainment.

Described as a cross between “Wanted” and “Blade,” “Sanctuary” was the first project Silver set up after leaving Warner Bros.

Creature and Sweeney’s “The Mayor of Shark City” was voted to the 2013 Black List, which catalogues Hollywood’s best unproduced screenplays each year. The duo are represented by the Rothman Brecher Agency, Heroes and Villains Entertainment and attorney Gregg Gellman.