The attacks in Paris reverberated through Hollywood on Monday as promoters, distributors and artists asked not whether entertainment was changed by the terrorism in a global hub – but by how much.

On Monday, the country’s two largest concert promoters, AEG Worldwide and Live Nation, said the attacks had heightened their vigilance but carefully worded their statements to avoid suggesting the status quo had been lacking.

“While our security practices have earned AEG a reputation as an industry leader in this area, we are continually evaluating and updating our policies and procedures as we remain vigilant in the face of ever-changing circumstances,” AEG Worldwide told TheWrap in a statement.

Live Nation, which manages L.A. concert spaces like the Hollywood Palladium and the Wiltern Theatre, said: “The safety and security of our shows, fans and venues continues to be our highest priority. Due to the recent events in Paris and in an abundance of caution we have implemented heightened security procedures globally. However, because of the sensitive nature of these protocols, we cannot elaborate further on the specific details.”

In private, promoters and tour organizers said that the business of live performances would continue, pointing out that Justin Bieber pre-sale tickets sold out on Monday. They also noted that LiveNation’s stock was not affected by terrorism fears on Monday. 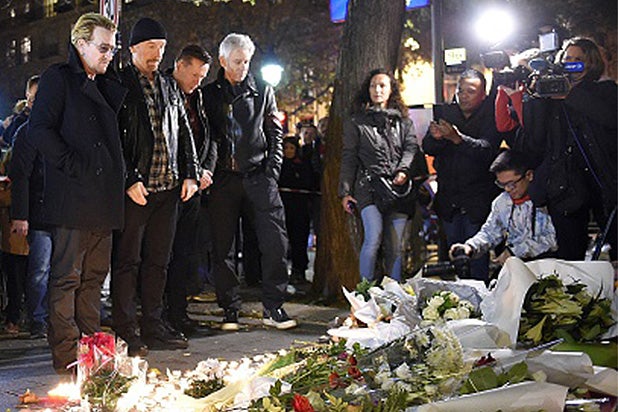 Meanwhile, other concerts went forward as planned. Madonna continued her sold-out tour after performing for 40,000 fans in Stockholm this weekend. An individual close to the singer said she was determined not to be deterred by terrorism.

“Her attitude was, ‘I feel terrible being up here with all this sadness and grief, but f–k it, we’re not going to stop, that’s the point of it,'” the individual said. Madonna gave an emotional performance of “Like a Prayer” at the concert in honor of Paris. 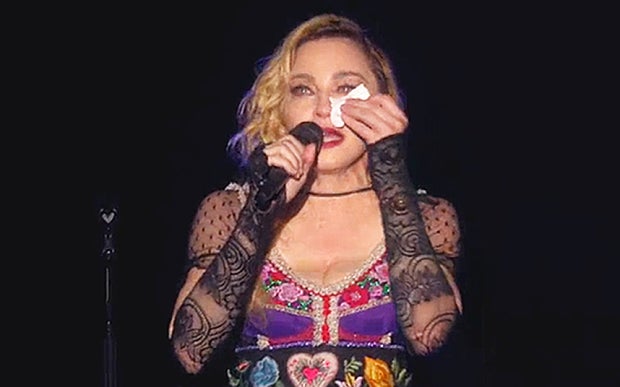 The reality, music promoters told TheWrap, is that stadium-style arenas already have significant security measures in place similar to those for live sports events, requiring ticket-holders to pass through metal detectors, have their bags searched and undergo pat-downs by security guards.

But like U.S. movie theaters, which have resisted efforts to beef up security in the wake of recent mass shootings, many smaller concert venues aren’t keen on absorbing the cost of installing state-of-the-art metal detectors or other protective measures.

That may need to happen for venues the size of the Bataclan.

“When it comes to the entertainment industry they really need to assess this problem,” said Michael O’Neil, chief executive officer at MSA Security, the the first Commanding Officer of the NYPD Counterterrorism Division. “It’s easy to say, ‘Well, that’s going to be too expensive’ — but do you really know what the cost is, not to mention what about the value of having your customers feel safe? I feel secure when I see guards at sports venues, that doesn’t make it less attractive, it makes me want to go there.”

He and others noted that the soccer stadium succeeded in keeping the suicide bombers out, most likely because of their security protocol.

“I do think you can do that in venues in the U.S. and it’s being done already in larger venues,” he continued. “In smaller venues like the concert hall in Paris, that’s where it starts to get a little more difficult. Because these venues haven’t really thought of security like that. They probably don’t even have security staff or a person responsible for security, other than so-called bouncers who take tickets.”

David Bernstein, CEO of Rock-It Cargo which transports the shows for performers including Jon Bon Jovi and Lady Gaga, said that was where change would happen.

“The way they do it in Israel starts with the cargo before it comes to the country — they have a great deal of experience dealing with this kind of thing,” he told TheWrap. “If everyone steps up their game, we will have an effective apparatus to make shows as safe as they should be. And we will make the likelihood of these soft targets being targeted that much less.”

While there have been relatively few mass shootings at music venues, that has not been the case for American movie theaters, which are girding for next month’s massive roll-out of “Star Wars: The Force Awakens,” expected to be the largest in history.

Theater owners heard their security policies questioned after the 2012 Colorado theater massacre, and following each of the two subsequent attacks on patrons.

Three of the largest U.S. theater chains — Regal, AMC and Cinemark — and the National Association of Theater Owners all declined comment on Monday. They’ve previously cited the need to keep security strategies under wraps so as not to inform potential attackers.

But some changes have already been identified, including bans on backpacks and lightsabers for “Star Wars” fans, searches of patrons’ handbags and increased enforcement of legal-weapon bans.

“This mustn’t be seen as a Second Amendment issue, or a political question,” Adam Levin, chairman and founder of cyber security firm IDT911, told TheWrap. “It’s literally a matter of life and death, and those involved need to accept their responsibility and work for a collaborative and comprehensive solution.

“Do we need to have an armed guard at every restaurant? I don’t know,” he said. “I do believe the Paris attack is a game changer for our political leaders and our populace because I think they’re starting to understand how serious this threat is.”

O’Neil cited several things that need to be done immediately:

Sharon Waxman and Joe Otterson contributed to this story.