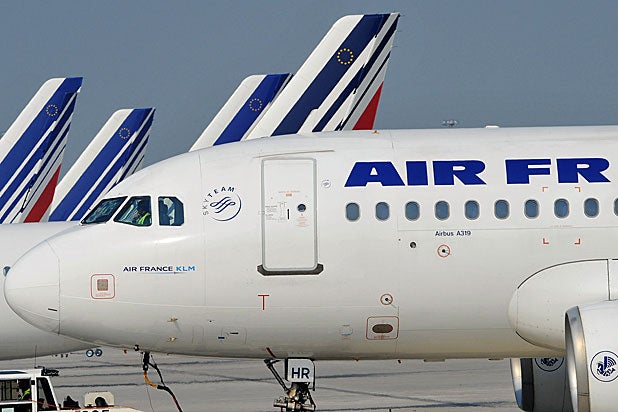 An Air France flight heading to Paris from Los Angeles was diverted to Salt Lake City, Utah, because of a phoned-in bomb threat on Tuesday night.

The plane landed without incident and all the passengers got off safely, according to the Associated Press.

A second plane, Flight 55 from Washington Dulles International Airport, was diverted to Halifax, Nova Scotia, after both flights were “subjects of anonymous threats received after their respective take-offs,” according to the airline.

“As a precautionary measure and to conduct all necessary security checks, Air France, applying the safety regulations in force, decided to request the landings of both aircraft,” a statement read. “An investigation will be led by the authorities to identify the source of the telephone call.”

The threats come just days after France suffered a horrific series of terrorist attacks at the hands of Muslim extremists that killed at least 129 people and injured another 350.

Salt Lake City International Airport spokeswoman Bianca Shreeve told the AP that the plane for Flight 65 is now empty and at a safe distance from the terminal, and the FBI is taking over the investigation with assistance from airport police and K-9 units. There had been 497 passengers and crew were on board.

Singer and YouTube sensation Trevor Moran was on the flight from L.A. heading to Paris and tweeted out panicked messages from the grounded plane.

We just emergency landed and there's cops everywhere what the fuck