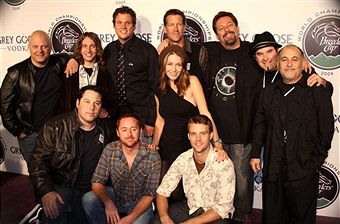 You have been warned: Gas up the car. (Or call the car service.) You cannot avoid “downtown events” much longer.

The superstar band (pictured at left, courtesy of Getty Images) surprised the equestrian elite with pal Michael Chiklis taking the stage for the set. “The Devil Went Down to Georgia” and “Mustang Sally” went over well with Scott Grimes and Eliza Dushku inside the ESPN Zone. 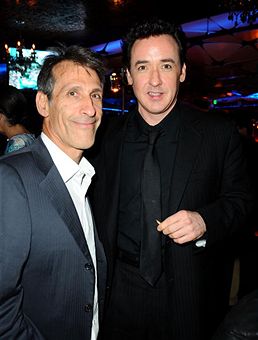 Two nights earlier, a major film premiered next door at the freshly minted Regal Cinemas for the second week in a row. Roland Emmerich’s apocalypse pic “2012” followed the previous week’s “This Is It” in bringing the red carpet to downtown.

Film’s stars John Cusack and Amanda Peet reunited at the after-party on Tuesday, both back under the Columbia banner where they previously co-starred in the studio’s 2003 thriller “Identity.” Sony’s exec suite — Howard Stringer, Michael Lynton (pictured at right with Cusack), Amy Pascal and Jeff Blake — poured into the Conga Room following the “end of the world” on screen. Colin Hanks, who earlier in the day nabbed a Fox series alongside Bradley Whitford, also hit the party to celebrate. 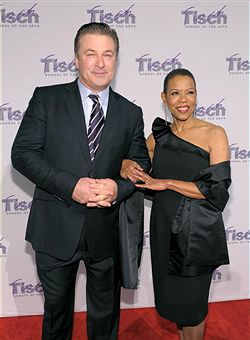 "30 Rock’s" Jack Donaghy hit a screening of the doc “William Kunstler: Disturbing the Universe” on Wednesday, a project that already earned his “thumbs up” in his side gig as a Huffington Post film blogger/critic. Before another screening on Tuesday at the NYC DGA theater, Baldwin joined Tisch Dean Mary Schmidt Campbell for some fundraising jazz performances at Lincoln Center on Monday night. (picture at left courtesy of Getty Images)

Josie Moran stepped in to play the role usually fronted by fellow model Tyra Banks — next top model “anointer.” Eco-activist Moran brought Project Green Search’s hunt for a “green-beauty” to the finish line at Ecco Ultra lounge on Friday night. The hyper enviro-friendly venue (free valet parking for Prius drivers) hosted the spokesmodels angling for a permanent spot alongside regulars on the green scene like Adrian Grenier and Leonardo DiCaprio.