Four corners of the country had celebrity gravity this weekend. While everyone from Justin Bieber to Michael Douglas put on their “correspondents” hats for the “Nerd Prom” in D.C., (see TheWrap’s slideshow from the White House Correspondent’s Dinner), Will Smith, Mariah Carey and Gov. Arnold Schwarzenegger sat ringside (not together) at the Mayweather-Mosley fight in Las Vegas, and the wide hats hid some famous faces at the Kentucky Derby. 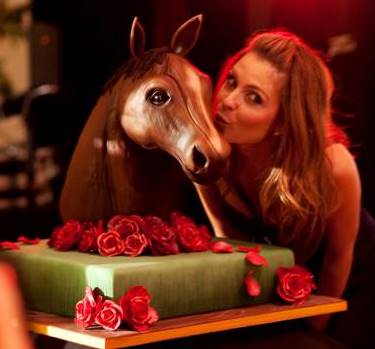 NBC broadcast the race and dug in to its own talent stable for starpower. Maria Menounos (left; photo courtesy of Scott Perry), whose NBC affiliations include “Access Hollywood” and “The Today Show,” channeled Equus at Ferdinand’s Ball on the Derby’s eve. The event benefited the thoroughbred analog to the MPTF home, Old Friends. Host Guy Fieri (NBC’s “Minute to Win It”) and Andy Cohen (Bravo exec-turned on-air personality) also made the trip to Churchill Downs.

Terry O’Quinn’s appearance at the Run for the Roses signaled that “Lost” has shot its final frame in Hawaii with three weeks to go before the finale airs; that’s a much earlier wrap than in seasons past.

After penning more than half a dozen books with husband Dr. Mehmet Oz, Lisa Oz debuted her first solo book in L.A. on Thursday. Peter and Tara Guber hosted the East Coast author and Sirius radio host (on the Oprah channel) with a very East Coast-style get-together at their estate: a fireside chat among 60 friends including Daphne Zuniga and Kelly Stables (ABC’s “Romantically Challenged”).

As the Gubers’ dog, Archie, wandered through the living room soliciting attention, guests promised to read “US: Transforming Ourselves and the Relationships That Matter Most.” Stables told TheWrap she has no ratings- 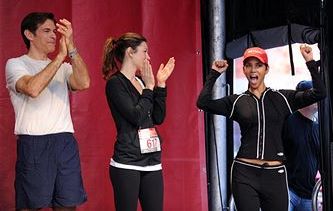 propelled interest in which dancer gets booted off her Monday night ABC lead-in, “Dancing With the Stars.”

Dr. Oz, who could not make the trip to Bel-Air, reunited with Jessica Biel and Halle Berry (right; photo by Getty Images), as well as his wife, at the Entertainment Industry Foundation’s Revlon Run/Walk in Times Square on Saturday, just hours before the bomb scare. 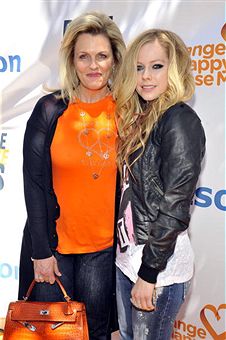 Also on Saturday, Avril Lavigne and Tia Carrere joined philanthropist Nancy Davis (who has multiple sclerosis herself) to kick off a monthlong campaign for the Race to Erase MS at the Kitson Boutique on Melrose. Davis is leading the charge to brand May with as many orange-themed charity fashions for MS as October’s pink reminders for Breast Cancer Awareness. (Davis, left, and Lavigne pictured at left; photo by Getty Images)

The orange carpet rolls over to Century City this Friday for a major celebrity fundraising bash where Heart will join Lavigne on stage with outgoing "American Idol" bandleader Ricky Minor.