You’ve already heard about the spectacle on stage Sunday night at the 2010 MTV Movie Awards. Here’s what went down at the afterparty outside the Gibson Ampitheater in Universal City: 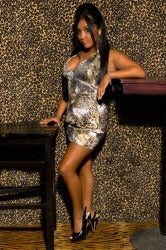 When I entered the MTV Movie Awards afterparty, a DJ in a booth above the crowd shouted that both Hilton sisters and Snooki from the "Jersey Shore" were in attendance. I immediately dove into the packed crowd to catch a glimpse of this epic meeting of reality TV powerhouses.

At first, I saw no sign of the Hilton/Snooki pairing. The only partygoers I recognized were comedian Paul Scheer and "The Hills’"Audrina Patridge, who sat with a couple of friends in a massive sequestered VIP area. 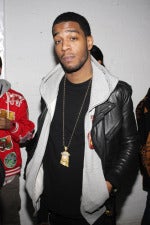 After a brief visit to the bar, where they served spiked "Twilight Tea" in honor of the teen vampire romance that took home five golden popcorn statuettes, I talked to Scott "Kid Cudi" Mescudi. With his supporting role on the first season of HBO show "How To Make It In America," Cudi became the latest musician to try the "rapper-slash-actor" thing. Before dancing off into the crowd, Cudi told me that his character will have a bigger part to play in season two, which begins shooting this fall.

Eventually, I noticed Paris Hilton dancing listlessly on a banquette in a small VIP enclave by the stage. Below Hilton, her sister Nicky mingled with at least 60 percent of the "Jersey Shore" cast including the be-poofed one herself, Nicole "Snooki" Polizzi,Vinny Guadagnino, Sammi Giancola and Ronnie Magro. Much like she did on the show, Angelina Pivarnick, who left the "Shore" house after just three episodes, kept a wide berth from the rest of her castmates. Sadly, my "Jersey Shore" experience wasn’t complete. I didn’t see Mike "The Situation" Sorrentino or his famous abs and I didn’t spot any of the Seaside Heights crew pumping their fists to the music.

Along with the "Jersey Shore" cast, the after party boasted a sizable contingent from MTV’s new show "The Hard Times of R.J. Berger," which premiered in the slot after the awards on Sunday night. Paul Iacono, who stars as the show’s nerdy but incredibly well-endowed protagonist, R.J. Berger, chatted with his co-star Jareb Dauplaise, who plays R.J’s friend Miles, and Steven R. McQueen from CW’s "The Vampire Diaries." Iacono’s on-screen mother, former "Daily Show" correspondent Beth Littleford was also at the party. The "Berger" cast was joined by Chanel, who is perhaps better known as the rapping receptionist from Rob Dyrdek’s "Fantasy Factory."

At around 10 p.m., Paris Hilton and Snooki decamped for a club with Vinny and Nicky Hilton in tow. Snooki and Paris have both earned reputations as hard-partying, clubbing forces-of-nature, and they both looked well on their ways to being wasted when they left the MTV Movie Awards after party. God knows what kind of madness ensued late Sunday night once these two reality TV bad girls teamed up and descended upon the city of Los Angeles.