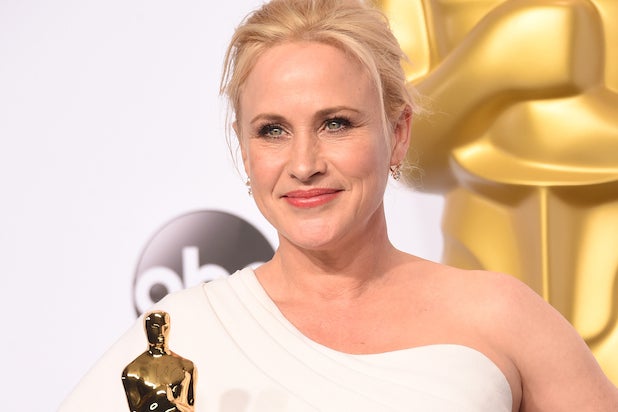 When Patricia Arquette gave her now famous, “It’s our time to have wage equality once and for all” Oscar acceptance speech last month, it seemed as though she could do nothing wrong.

Meryl Streep made a “you go, girl” gesture, Jennifer Lopez smiled from ear to ear and pretty much everyone else at the Dolby Theatre looked delighted.

And then, everything changed.

Asked to elaborate on her speech backstage, the newly minted Academy Award-winner fumbled her words.

One line in particular ignited a tsunami-like backlash. “It’s time for all the women in America and all the men that love women, and all the gay people, and all the people of color that we’ve all fought for to fight for us now,” Arquette said after receiving her award.

The next thing she knew she was a trending topic on Twitter and news sites were having field day with headlines like, “Patricia Arquette’s Feminism: Only for White Women.”

Also Read: Patricia Arquette Fires Back at Critics: ‘Why Aren’t You an Advocate for Equality for ALL Women?’

“I don’t think people really watched that whole six minute backstage interview,” Arquette told TheWrap during an interview for her upcoming new show, “CSI: Cyber” on CBS, “or they really misconstrued it because their criticisms were not at all on point.”

Arquette has no regrets, but she admits she could have said it more eloquently.

“You can’t go back in time. But, I guess I would have chosen my words a little more carefully. I think the way people perceived it is not the way at all I intended.”

What she meant to say, she told TheWrap, was that “women lose from half a million to a million dollars over their lifetime,” because they make less compared to men.

“In California alone, women [in total] lose $33 billion a year in income and that’s money that’s not going into their retirement. But, no one seems to want to do anything or move on this issue,” she said.

When asked whether she had planned to make equal pay the focal point of her speech, Arquette said “yes.”

“I won an Academy Award for playing a single mom who struggled really hard and had to move her kids several times, change school, work her way up — and why should she be paid 25 cents less for the same job?”

It’s an issue that’s dear to her heart, she says, and one she has apparently studied extensively.

If there’s a silver lining, it’s the fact that people are talking about. And that was Arquette’s intention all along.

“Everyone should help women. Everyone has a vested interest. Every single lesbian and transgender woman is a woman,” Arquette said. “Every single woman in the African American community is getting impacted. Every single woman in the Latino community is being impacted. This is having devastating economic consequences across the board … If people can throw their weight behind women I think it would really help each of these bases.”