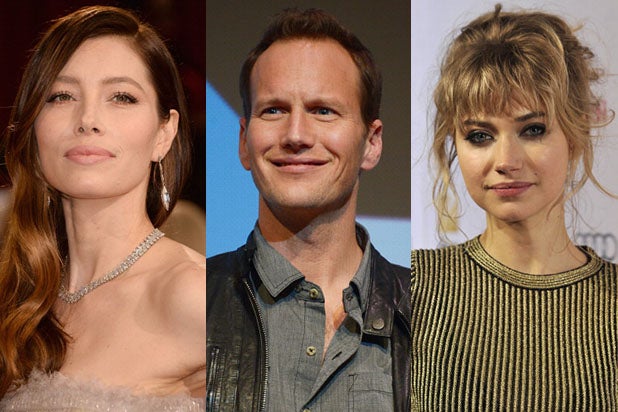 Killer Films’ Christine Vachon and David Hinojosa will produce the psychological thriller along with Ted Hope and Sierra Pictures, which will finance the film. Sierra/Affinity’s Nick Meyer, Marc Schaberg and Kelly McCormick will executive produce.

Sierra/Affinity will handle international sales and begin selling the project to foreign buyers at Cannes. CAA is overseeing the domestic sale of the film, which is slated to begin production later this year.

Susan Boyd optioned the novel and adapted Highsmith’s novel, which was first published in 1954.  Highsmith wrote “The Blunderer” in between “Strangers on a Train” and “The Talented Mr Ripley.”

Set against a backdrop of early 1960s New York, Walter Stackhouse (Wilson) is a successful architect married to the beautiful Clara (Biel) and leading a charmed and perfect life. But his fascination with an unsolved murder leads him into a spiral of chaos as he is forced to play cat-and-mouse with a clever killer (Jones) and an over-ambitious detective. Walter’s obsession, his lies and his lust for another woman (Poots) will collide in a crush of guilt, innocence and, ultimately, fate.

Wilson recently starred in “The Conjuring” and “Insidious: Chapter 2.” He’s currently filming “Man on Carrion Road” and is set to co-star in Marvel’s “Ant-Man.”

Biel co-starred with Wilson in “The A-Team,” and she recently starred in “Total Recall” and “Hitchcock.”

Poots just starred in “Need for Speed” and “That Awkward Moment,” and will soon be seen in “A Long Way Down” and “Filth.”

Goddard, who recently wrote and directed the Elijah Wood movie “Set Fire to the Stars,” worked as one of the primary directors of “Downtown Abbey” over the past two seasons.