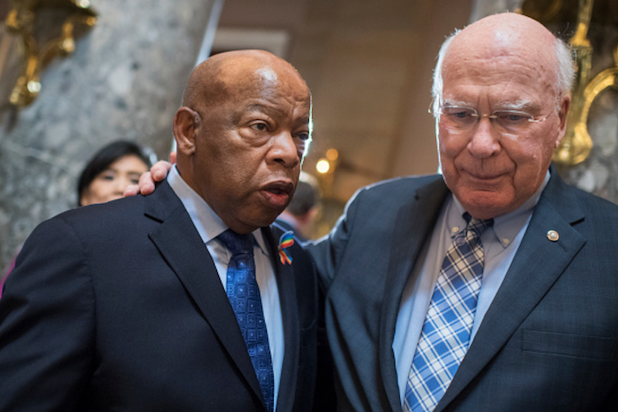 House Speaker Paul Ryan cut off C-SPAN’s access to the House floor on Wednesday as Democrats staged a sit-in to attempt to force a vote on gun control legislation. Ryan said the cameras would remain off until Democrats stop delaying normal legislative business.

C-SPAN has no control over the U.S. House TV cameras despite relying on the House feed for its coverage since 1979. The majority leadership — in this case Ryan — controls the feed.

“The House cannot operate without members following the rules of the institution, so the House has recessed subject to the call of the chair,” Ryan’s spokesperson said.

Democratic Reps. John Lewis of Georgia and John Larson of Connecticut organized the sit-in. Over 40 Democrats walked into the chamber just before noon ET and pledged to “occupy” the House floor until GOP leadership allowed a vote.

Many political reporters and C-SPAN viewers were forced to take to social media to watch the action, although it is against House rules to broadcast from the floor. Democratic Rep. Scott Peters of California broke the rules and broadcasted via Periscope.

Comedian Samantha Bee chimed in on Twitter, offering to film reenactments of the sit-in.

“We have a long history of asking for access and being denied by both parties over the years,” C-SPAN Communications Director Howard Mortman said. A similar situation occurred in 2008 when then-Speaker Nancy Pelosi killed the cameras when Republicans wanted to talk about gas prices.