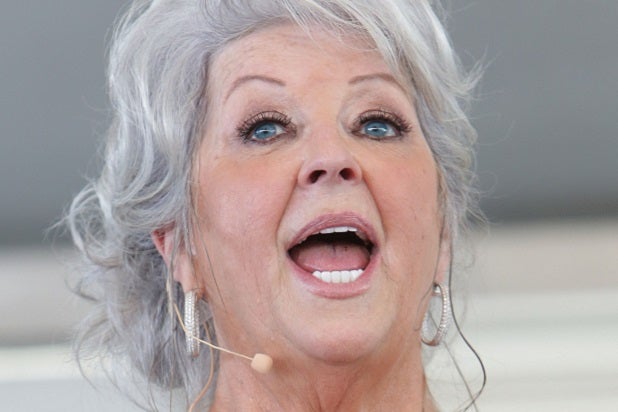 Paula Deen’s $100 million empire crumbled last year after she admitted to using the N-word in her life, and as she continues campaigning to repair her public image with a $75 million investment deal on her side, the celebrity chef has compared her struggles to those of the NFL’s first openly gay prospect, Michael Sam.

See video: Paula Deen Rides Back Into the Spotlight On a Man’s Back

In other words, Deen does not like being labeled a racist for a slur she swore she used a “very long time ago.”

“I’m fighting to get my name back,” the former Food Network personality said.

On top of a $75-$100 million from private equity firm Najafi Cos. for her new company, Paula Deen Ventures, a company representative said earlier this month that it is currently speaking with several “TV networks, retail chains and other possible partners.” Food Network is not one of them.

Deen also said the public downfall she experienced last summer left her unable to get out of bed in the morning, because it felt like her “world was crashing down again” every passing day.

And since television personalities Phil Robertson (“Duck Dynasty”) and Nigella Lawson (“The Taste”) endured scandals last year without any noticeable damage to their careers, Deen has developed newfound “empathy” for those scrutinized by the media.