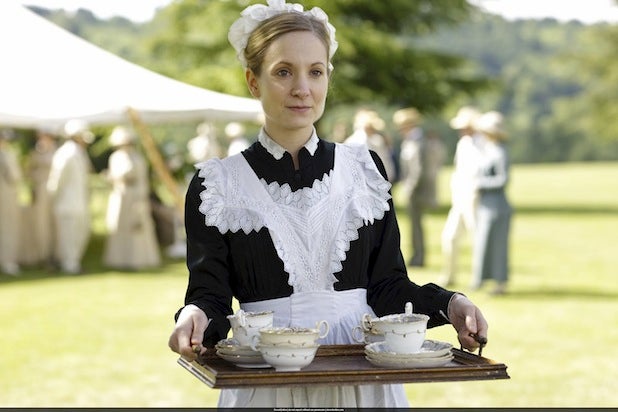 “Masterpiece” is set to air 20 more hours than normal on PBS next year, which will be populated by “Grantchester,” “Wolf Hall,” “The Manners of Downton Abbey,” more “Mr. Selfridge,” “Poldark,” and “Indian Summers.”

“Masterpiece” has aired on PBS since 1971. The audience for its 2014 season is up more than 100 percent from 2010, according to the announcement’s press release. The franchise can thank crossover hit “Downton Abbey” for the vast majority of that.

On April 5, Mark Rylance (“Twelfth Night”) and Damian Lewis (“Homeland”) star as Thomas Cromwell and Henry VIII in “Wolf Hall,” an adaptation of Hilary Mantel’s “Wolf Hall” and “Bring Up the Bodies” novels. The six-part series charts the shrewd and brilliant rise of Cromwell in the Tudor court — from a blacksmith’s son to Henry VIII’s closest advisor.

Other “Masterpiece” programming scheduled for 2015 includes: “The Manners of Downton Abbey,” a behind-the-scenes look at the world of Edwardian manners with Alastair Bruce, historical advisor to “Downton Abbey”; a third series of “Mr. Selfridge” starring Jeremy Piven; a new adaptation of the 1970s blockbuster “Poldark,” starring Aidan Turner (“The Hobbit”); and drama “Indian Summers,” set in the waning years of British colonial rule in 1930s India.

“The generosity and vision of all our funders creates the potential for a fantastic 50 percent increase in the number of new hours in 2015,” said executive producer Rebecca Eaton. “This is truly a golden age of British drama and we’re very proud of this affirmation of the ‘Masterpiece’ brand.”

“PBS and ‘Masterpiece’ are at the forefront of a global resurgence of quality drama,” said Beth Hoppe, chief programming executive and general manager, General Audience Programming, PBS. “‘Masterpiece’ has been the place for quality costume drama and intriguing mysteries for more than 40 years, so we are glad to bring viewers more of what they love to our schedule.”

The funding for the extra hours continues to come from Viking River Cruises, as well as PBS and WBGH/Boston.