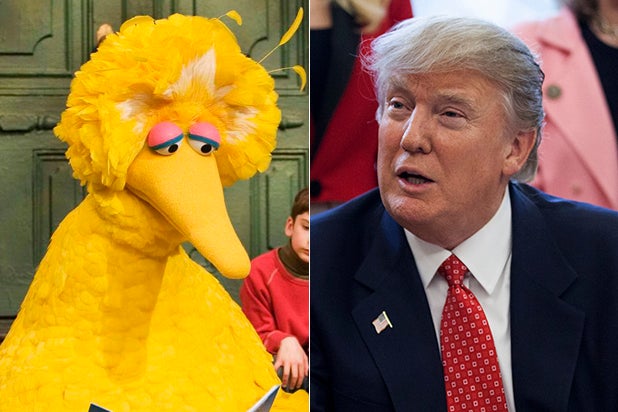 The local PBS stations that would be hardest hit by President Trump’s proposed budget cuts are in states that voted for Trump.

Public television receives about 15 percent of its funding from federal sources, according to PBS. But in rural parts of the country — most of which voted overwhelmingly for Trump — that federal funding represents a much larger portion of the budget. Federal taxes provide up to 50 percent of the money for some stations.

“For those stations, if this funding is eliminated, it would be an existential crisis,” PBS president and CEO Paula Kerger told TheWrap on Thursday.

Federal tax dollars for public TV are administered through the private Corporation for Public Broadcasting, which has a $445 million annual budget. Among the PBS member stations that get roughly half their budgets from the CPB are KYUK in Bethel, Alaska; KPBT in Midland, TX; and KEET in Eureka, California.

Stations in Alaska and West Virginia would also be among the hardest hit by the cuts. In some cases, it could be “crippling,” Kerger said.

In left-leaning big cities, PBS stations are less dependent on federal funding because they can rely more on donations from wealthy local donors.

Bill Legere, the general manager of KTOO — a joint radio and TV station which serves the approximately 33,000 residents of Juneau, Alaska and surrounding villages — told TheWrap his station would be “devastated” by the proposed cuts.

About a third of the KTOO’s $3.2 million operating budget comes from the CPB. The money goes to services like live coverage of the state legislature and local native festivals, and bringing national news to especially rural parts of the state.

“If there was anything left of the service we provide, there would be very little local content,” Legere said. “Very little content that’s responsive to Alaskan interests and needs. If we could even stay in business.”

Alaska voted overwhelmingly for Trump. But Legere said most residents would be “shocked to think about not having this service available here.” In fact, a study commissioned by PBS last year found that 70 percent of Trump voters would oppose cuts to public broadcasting.

“I’m always puzzled when this battle comes up,” Kerger said. “I really don’t understand why we continually end up being thrown into what feels like a partisan battle when we are so clearly bipartisan … I don’t really know what is really driving this, but it’s gone back many years.”

Indeed, it’s been a longtime goal of Republicans to eliminate CPB. In 2012, Mitt Romney found himself the butt of a swarm of Twitter jokes when he promised to cut federal funding of PBS with the caveat, “I love Big Bird.”

The debate dates back nearly as far as PBS itself.

The effects of the cuts would be felt far beyond the rural parts of the country. A federal funding cut would also cause problems for larger, urban stations — not only by eliminating chunks of their funding, but also by causing damage to the system as a whole. In addition to the shows produced by local stations, PBS airs some shows that air nationwide.

“Any one individual station, even our largest, wouldn’t be able to produce and bring to air the range of programs and services that we do,” Kerger said. “Once that starts to unravel, once we start to lose parts of the country, and the economics of the entire system starts to unravel, it actually has a domino effect.”

Besides targeting the CPB, Trump’s budget would completely eliminate the funding for the National Endowments for the Arts and Humanities — which each had budgets of $148 million in 2016. And it would cut the $230 million for the Institute of Museum and Library Services, which supports libraries and museums. The Smithsonian Institution and the National Gallery of Art would also be hit.

Kerger cited a 2007 report by the Government Accountability Office that found no viable replacement for federal funding of public television.

“I think in the short-term, the stations that rely most heavily on funding … that’s where you would see stations just go off the air,” she said. “And I think longer-term, you would see a gradual, or not so gradual deterioration of the ability of the rest of the system to serve their system as well.”

Since Trump was elected in November, PBS and its member stations have been lobbying Congress to protect their funding, an effort that will only intensify now that a budget has been proposed. Kerger hopes viewers will speak up. And she says the fight is far from over.

“This could be quite protracted,” she said. “I have colleagues who believe this could go well into the summer, even into September. So it’s a long time to have this big cloud of uncertainty hanging over us.”