The HBO drama series “I May Destroy You” and the Oscar-nominated documentary film “Collective” are among the 30 Peabody Award winners of 2021, as the organization’s board of jurors continued to virtually announce its winners for “the most compelling and empowering stories released across broadcast and streaming media in 2020.”

Alongside “I May Destroy You,” the Guatemalan horror movie “La Llorona” also won in the Entertainment category, while “Collective” won in the Documentary category with Netflix’s “Crip Camp” and “Immigration Nation.”

“PBS NewsHour” won in the News category for its coverage of the COVID-19 pandemic and “Facing Race” won in the Public Service category for its “bold and bell-weather reporting, its outstanding service, its seminal insights, and its absorbing storytelling,” according to Peabody judges. 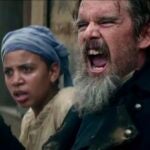 Also among the first batch of Peabody honorees was the PBS docuseries “Asian Americans,” Disney Channel’s children’s series “The Owl House,” and the Oscar-nominated documentary “Time.”

The Peabody board of jurors selected this year’s 30 winners from 60 nominees for entertainment, documentaries, news, podcast/radio, children’s & youth, public service and arts. The organization is announcing the remaining Peabody winners virtually on Thursday and the presenter and acceptance speeches can be watched here: https://peabodyawards.com/2021-acceptance-videos/ 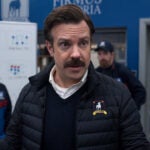