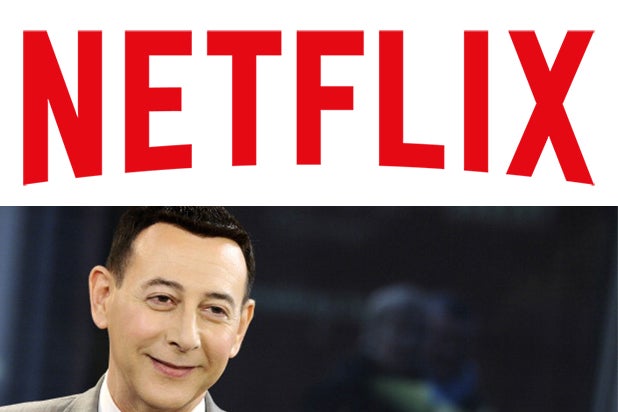 What should you get a Pee-Wee Herman fan for the holidays? How about a subscription to Netflix, which is nearing a deal to distribute the Pee-Wee Herman movie that Judd Apatow is producing, multiple individuals familiar with the project have told TheWrap.

While a Netflix spokesperson cautioned that there’s no deal in place yet, an individual close to the project told TheWrap “it moved to Netflix a gazillion months ago.”

The Pee Wee Herman movie had previously been set up at Universal, though a studio spokesperson told TheWrap the “Pee-Wee project is no longer with Universal.”

The one-and-only Paul Reubens will return to reprise his beloved Pee-Wee character, and he also co-wrote the script with comedian Paul Rust. Apatow will produce via his Apatow Productions banner.

Like the film’s director, plot details remain unknown, though Reubens has said that there is a filmmaker in place and production could start as soon as February.

In an interview with the A.V. Club in November, Reubens said “we now have such an amazing company involved, and that’s the really big announcement that hasn’t been made yet.” The “amazing company” Reubens was referring to was Netflix — a strong fit for the Pee-Wee Herman Movie given its limited theatrical upside and the character’s rabid fan base.

Reubens has spent the last several years preparing for Pee-Wee’s comeback, as the character appeared opposite Andy Samberg in a “Saturday Night Live” sketch in 2011.

Reubens, who will “soon” be seen in a supporting role in David O. Russell’s long-delayed comedy “Nailed,” is represented WME, while Apatow and Rust are represented by UTA and Mosaic.