Universal’s comedy from Pete Davidson and director Judd Apatow “The King of Staten Island” is skipping its summer theatrical release and going straight to digital on June 12, Universal announced Monday.

The comedy was meant to open in theaters on June 19 and was even meant to debut at the SXSW Film Festival.

Scott (Davidson) has been a case of arrested development ever since his firefighter father died when he was seven. He’s now reached his mid-20s having achieved little, chasing a dream of becoming a tattoo artist that seems far out of reach. As his ambitious younger sister (Maude Apatow) heads off to college, Scott is still living with his exhausted ER nurse mother (Tomei) and spends his days smoking weed, hanging with the guys–Oscar (Velez), Igor (Arias) and Richie (TV’s The Guest Book)–and secretly hooking up with his childhood friend Kelsey (Powley). But when his mother starts dating a loudmouth firefighter named Ray (Burr), it sets off a chain of events that will force Scott to grapple with his grief and take his first tentative steps toward moving forward in life.

“The King of Staten Island” is produced by Apatow for his Apatow Productions alongside Barry Mendel. The film’s executive producers are Pete Davidson, Michael Bederman and Judah Miller.

Universal was among the first to take the plunge with moving a release to VOD amid the coronavirus crisis, releasing “Trolls World Tour” on VOD and day-and-date in select drive-in theaters that remain open on April 10. Universal said that “Trolls World Tour” posted the highest VOD results for an opening weekend for any film ever and performed 10 times better than their next best digital release. The studio had also released films such as “The Invisible Man” and “The Hunt” on VOD after their theatrical releases were cut short.

And Universal has not been alone in juggling the release calendar of its films due to coronavirus. It first pushed the “Fast & Furious” sequel “F9” all the way to April of 2021 and similarly moved this summer’s “Minions: The Rise of Gru” to 2021.

Davidson and Apatow also discussed the fate of their film in a video shared to social media on Monday, joking that they had no idea what the plan was. You can watch it below.

“Where is it, am I still going to get an Oscar,” Davidson joked? “I just watched all the ‘Look Who’s Talking?’ movies and need something new.” 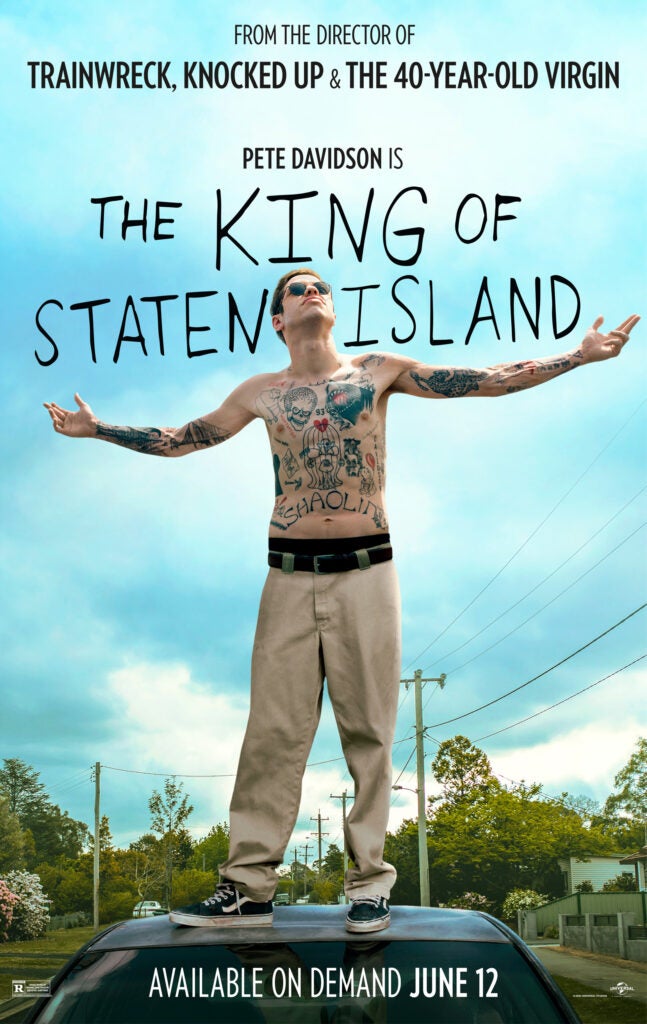