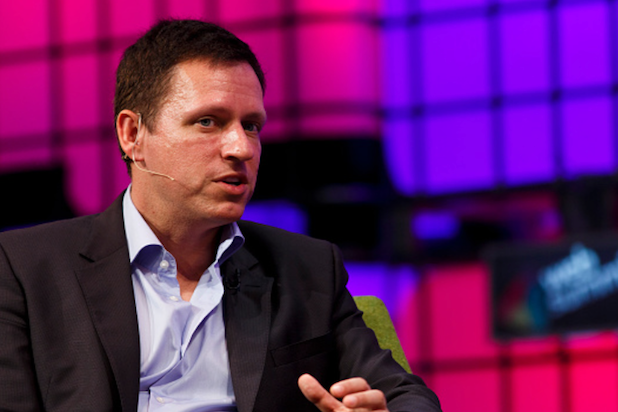 Peter Thiel will remain on Facebook’s board of directors after Mark Zuckerberg voted in his favor at the company’s annual shareholders meeting on Monday.

Thiel bankrupted Gawker by secretly funding Hulk Hogan‘s defamation $140 million lawsuit against the company. Many believe this move was motivated by revenge, after the now-defunct Gawker site Valleywag outed Thiel as gay in 2007.

Thiel’s controversial personal and political views could have swayed Zuckerberg to remove him from Facebook’s board on the heels of a controversy over which the social networking site was accused of programming bias against Conservative news into its Trending Topics functionality.

Thiel supports Donald Trump, while Zuckerberg has spoken out against the presumptive GOP nominee for president and is a staunch supporter of press freedom. Many thought Thiel’s role in the Gawker lawsuit would lead to turmoil with Zuckerberg, but the Facebook founder apparently wants to keep the billionaire venture capitalist around.

Thiel’s re-election, along with every other member of the board, was technically up for shareholder vote, but as Zuckerberg’s stock holdings give him more than 60 percent of Facebook’s total voting power, the decision was ultimately his to make. Thiel’s recent controversies reportedly did not come up during the shareholder session.

Thiel is currently worth $2.7 billion, according to Forbes. He’s No. 10 on the 2016 Midas List of the world’s smartest tech investors and is a reputed Libertarian with outspoken political views. The Writers Guild of America, East launched a petition last week calling on Zuckerberg to remove Thiel from Facebook’s board of directors.

“We know that he’s not a friend of the free press,” WGAE executive director Lowell Peterson said of Thiel in an interview with TheWrap. “We know that he feels that the elite — or the plutocracy, if you will — should have pretty broad discretion to do whatever it wants above scrutiny by the media, above control by the public in terms of democratic structure.”

The 48-year-old co-founded PayPal and was an early investor in Facebook, selling the majority of his 10-percent stake in the social media giant following its 2012 IPO.

He also co-founded and chairs Palantir, a CIA-backed data company, and also has significant investments in Airbnb and Stripe (an Irish tech company that allows both private individuals and businesses to accept payments over the internet).

Born in Frankfurt am Main, West Germany to German parents, Thiel moved to the U.S. when he was a year old and was raised in Foster City, California. He currently lives in San Francisco and is a well-known figure around Silicon Valley.