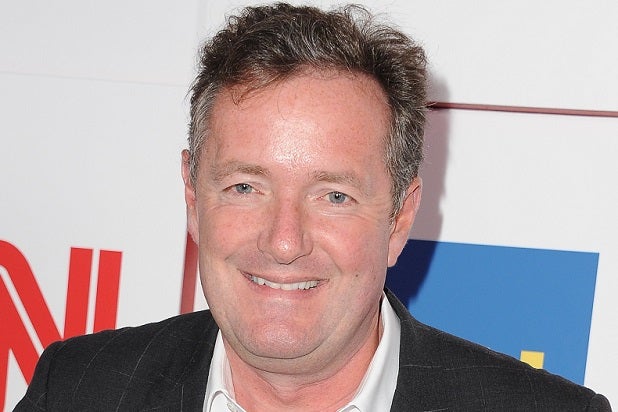 CNN personality Piers Morgan has weighed in on Saturday’s deadly shooting at a Maryland mall, posting a series of tweets and declaring himself “furious.”

“Not sad, furious,” Morgan wrote in response to “Roar” singer Katy Perry‘s tweet, “Is anyone else really sad about the constant stream of shootings and how normal it’s becoming.”

Morgan engaged Perry again, after the singer tweeted, “Scared to go to school.. to the mall… to the movies? Me too. When will there be ACTUAL change?”

See video: Piers Morgan on Bill O’Reilly: ‘What a Dick!’

Morgan went on to invite Perry on his CNN show to discuss guns, adding, “[N]eed voices like you to effect change.”

While Morgan might have found an ally in Katy Perry, others, not surprisingly, disagreed.

“Mall is another Gun Free Zone,” Twitter user Robert York wrote in response to Morgan and Perry. “People need guns to protect themselves from crazies with guns.”

Morgan countered, “Nobody suggested arming everyone else with bombs after Boston Marathon attack. So why is that the only answer to gun violence?”

He also invoked the terrorist attacks of Sept. 11, 2001, writing, “America’s response to 9/11 was to ban all potential weapons on planes. Why is the only answer to gun violence MORE guns?”

According to CNN, the Saturday morning shooting at a Columbia, Maryland, mall left three dead — store employees Brianna Benlolo, 21, and Tyler Johnson, 25, as well as the suspected shooter.

Morgan has advocated for stricter gun control in the past. Following the Newtown, Conn., school shooting in 2012, Morgan took aim at Steve Dulan of the Michigan Coalition of Responsible Gun Owners.

“Why would you want more guns in schools?” Morgan asked Dulan on his show.

“How many more kids have to die?” Morgan continued. “We need less guns, not more…. The gun laws you’re pushing have killed people.”