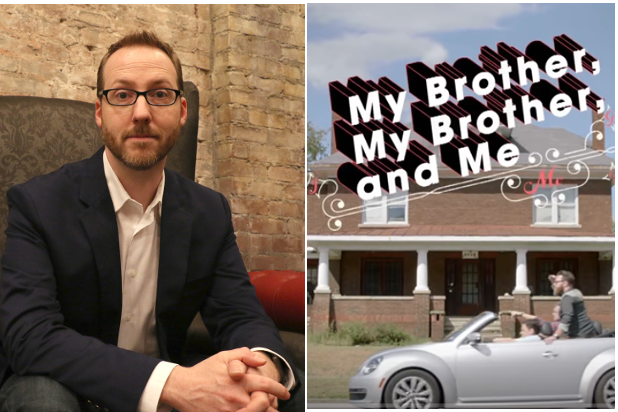 When Aaron Mahnke started making “Lore,” his podcast about famous myths and urban legends, he only wanted to tell interesting stories and experiment with using audio to tell them. But things happened fast.

He ended up with one of the most listened-to podcasts on the internet, one that’s earned almost 60 million listens in its first two years. He started getting calls to turn it into a TV show in August 2015, just five months after the podcast started. By 2016, he had a show in the works at Amazon.

“To be a TV show and to get there in just a few months of launching the podcast, that felt pretty good,” Mahnfke told TheWrap.

Executives and producers are always casting about for fresh show ideas, and have struck a motherlode with podcasts. The best come with pre-existing stories and personalities, as well as built-in audiences. As podcasting grows thanks to hits like “Serial” and the new “S-Town,” people in the television world are more and more considering what these elegantly packaged audio shows might look like if they had pictures, too — just like Golden Age TV producers did with radio dramas.

Also Read: 18 Podcasts to Make Your Run, Commute or Workday 300 Percent Less Boring, From 'S-Town' to 'Good One' (Photos)

A new show based on the popular “My Brother, My Brother, and Me,” podcast, by the podcasting company Maximum Fun, recently premiered on Seeso. Another Maximum Fun property, “Throwing Shade,” just wrapped up its first season on TVLand. Meanwhile, Gimlet Media’s “Startup” is getting adapted into an ABC pilot with Zach Braff at the helm.

The startup, grassroots spirit is exactly what attracts some producers to podcasting.

“What I like about podcasts is that they start from a place of authenticity,” said Conrad Riggs, Amazon Studio’s head of unscripted development. “Usually the creator is not doing it for money reasons… they feel like it’s a story that needs to be told.”

Chris Giliberti, Gimlet Media’s head of multiplatform operations, has been working to get the network’s shows adapted to other mediums for the past year.

“Unlike a book, a podcast has a script,” Giliberti said. “You have a pretty strong starting point in that regard.”

Also Read: 'S-Town' Host Says Relationship With John B. McLemore 'Not a Friendship'

Some of Gimlet’s podcasts are serialized stories, which lend themselves to TV because they already include scene breaks. Gimlet’s “Homecoming” brought in unusually high-profile talent, including  Oscar Isaac, Catherine Keener, and Amy Sedaris. That helped it score a TV deal with “Mr. Robot’s” Sam Esmail at the helm.

“What devices to use in narration, how to bring somebody into a scene, we do that through an audio-first standpoint,” Giliberti said,  adding that the approach leads to a “pretty straight translation” to the screen.

Podcasts also have existing audiences. “Lore,” for example, spread a lot through word of mouth.

“So when it takes off and millions of people are listening to it, you know you’re onto something,” Riggs continued. “You have a loyal fanbase and they tend to proselytize those ideas… they have this organic growth effect. Feels like a good bet to make.”

There are still questions about how to adapt one of the best parts of podcasts — how easy they are to consume. Podcasts can be listened to anywhere, while TV shows and web series tend to ask listeners to remain seated in place for extended periods of time.

They’re also easier to make than TV shows, as the creators of “My Brother, My Brother, and Me” quickly discovered.

The McElroy brothers — Justin, Griffin, and Travis — launched the series in 2010. At the time, it was just a way to keep in touch, since for the first time, they lived away from each other. It’s partially an advice show, but it’s mostly a comedy podcast, where people listen to three brothers (and occasionally their dad) joke around for an hour.

Seeso’s “My Brother, My Brother and Me” isn’t a straight adaptation of the podcast, but does feature many of its elements, including nonsensical rants and inside jokes that consume the brothers with laughter. The first season featured special guests including Lin-Manuel Miranda and Weird Al Yankovic.

But visual elements were out of the brothers’ wheelhouse. So showrunner JD Amato added segments that included sketches with residents from the McElroys’ hometown of Huntington, W.Va. They add a hometown feel to a show.

But the brothers had to adjust, too. While they could improvise the podcast over Skype for an hour, they needed a tight 30-minute product for TV — one that takes all day. They didn’t enjoy the change.

“The first day we recorded, we finished saying whatever things we were saying and there was just a room full of people looking at us,” Travis recalled. “It was just weird to get from the first day to the last day of shooting looking at people and getting their input. It was so much more a team effort.”

“Lore” faced challenges, too. Each podcast episode only features Mahnke talking into a microphone and telling a story.

“I was figuring out how things could translate,” Mahnke said.

“Lore” just started production, so details are scarce — but it will feature a hybrid anthology structure.

“I would say you have to envision a hybrid of scripted and unscripted where there are storytelling elements and documentary elements but done in in a way that feels very at home to the ‘Lore’ listener,” Mahnke said.