Director Roman Polanski is feeling depressed two weeks after his arrest in Switzerland to face U.S. extradition for a 1977 case involving the rape of a 13-year-old girl, his lawyer was quoted as saying on Sunday. 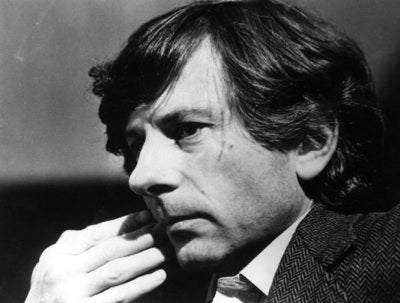 "I found him to be tired and depressed," Herve Temime told two Swiss newspapers after visiting the Oscar-winning director in a Zurich prison, according to Reuters. "Polanski was in an unsettled state of mind."

The 76-year-old director was unexpectedly arrested at the Zurich airport on Sept. 26 at the request of the Los Angeles district attorney’s office, which is seeking Polanski’s extradition to face sentencing in the 31-year-old rape case.

After pleading guilty in Los Angeles to having sex with a 13-year-old girl in 1977, Polanski fled before sentencing. His arrest after so many decades has caused an uproar among angry cultural officials and intellectuals in Europe, where he holds dual French and Polish citizenship.

Meanwhile, Hollywood has been divided over whether to support Polanski’s extradition. About 100 prominent entertainment figures, including Martin Scorsese, Harvey Weinstein and Whoopi Goldberg, have called for his release, saying the case is old and the victim has forgiven him and asked that the charges be dismissed. (Many signed a petition.)

But others – perhaps responding to public outrage over sympathy for a confessed rapist, however talented and famous – have spoken out against Polanski and criticized their peers for making him an exception to the law.

Swiss authorities rejected an appeal on Tuesday to release Polanski and also urged a Swiss court dealing with his extradition warrant to reject another appeal by Polanski’s lawyers to have him freed, and to refuse bail, Reuters reported.

Swiss officials have said they believe there is a very high risk of Polanski fleeing if he is released on bail.

Temime told the Sonntag newspaper the Swiss Federal Penal Court should decide "very soon" on his bid for release on bail.

Petition for the Release of Roman Polansk
Timeline: The Polanski Case
Polanski Arrest Brings Shock, Amazement in Hollywood
Support for Polanski Strengthens … as Does the BacklashL
Lawyers File for Polanski’s Release

Schwarzenegger: No Pardon for Polanski

Hollywood Success Is No Free Pass for Molesting a Child

Roman Polanski: A Call Out to Female Directors