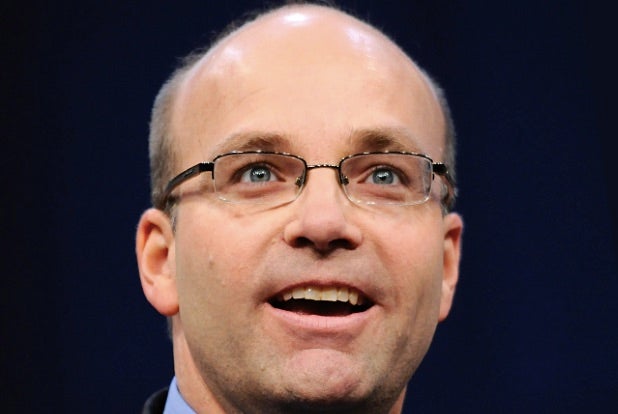 Politico is preparing for life without Mike Allen, whose Playbook newsletter is considered a must-read for political power players, and it appears the search for a successor is well underway as names are starting to emerge.

Politico is in talks with in-house reporters Jake Sherman and Anna Palmer to have them serve as co-authors of Playbook when Allen leaves the company, according to CNNMoney.

“Playbook is one of the best jobs in Washington, a direct pipeline to more than 100,000 of the world’s most influential people every morning,” Politico spokesperson Brad Dayspring told TheWrap. “Naturally we are casting a wide net internally and externally which obviously includes some of our top talent, but no announcement is near.”

Sherman and Palmer have reportedly been in long meetings with Politico editors John Harris and Susan Glasser to discuss the situation. Allen is described as an insomniac workaholic who shapes the political media conversation on a daily basis, so replacing him won’t be easy.

There’s a lot at stake for founder and owner Robert Allbritton. Playbook brings in roughly $3 million in advertising per year, according to two executives familiar with advertising rates. That number grows significantly when you factor in Playbook Event Series, which is sponsored by Bank of America.

Allen launched Playbook in 2007 but is leaving Politico along with a few of the company’s leaders. Chief executive Jim VandeHei, chief operating officer Kim Kingsley and chief revenue officer Roy Schwartz plan to join Allen in a new media venture that has not been announced.