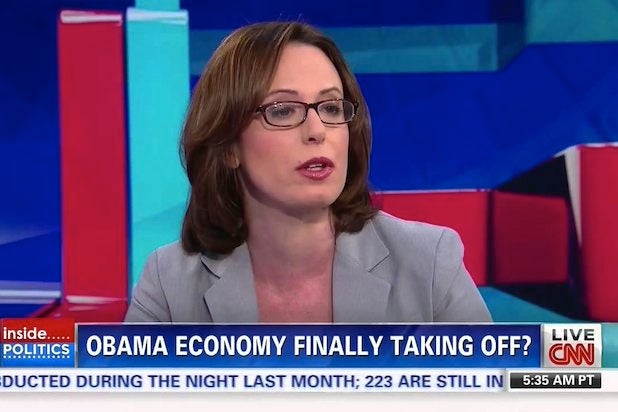 Maggie Haberman, a top reporter at POLITICO, has been hired by the New York Times, Washington, D.C., bureau chief Carolyn Ryan announced in a memo to staff on Friday.

Effective Feb. 15, Haberman will write for the Times as presidential campaign correspondent.

Haberman worked at the New York Post and the New York Daily News before joining POLITICO as a senior political reporter in 2010.

Her decision to leave is the latest in a trend of journalists jumping ship in recent months, with several going to CNN Digital, including POLITICO Managing Editor Rachel Smolkin.

“Maggie is a gifted, dynamic, insightful and high-impact reporter, with an unrelenting news energy and a stunningly deep and wide network of sources,” Ryan wrote in the note to Times staff. “She has a natural and unusual gift for breaking news and a deep intelligence and understanding of the rhythms and dynamics of political campaigns. Maggie will anchor our First Draft morning newsletter, bring analysis and insight to our web report, and help drive our campaign news during the day.”

Thrilled to say I am joining @nytimes, and very grateful for the opportunity. I remain incredibly grateful to @politico for an amazing run