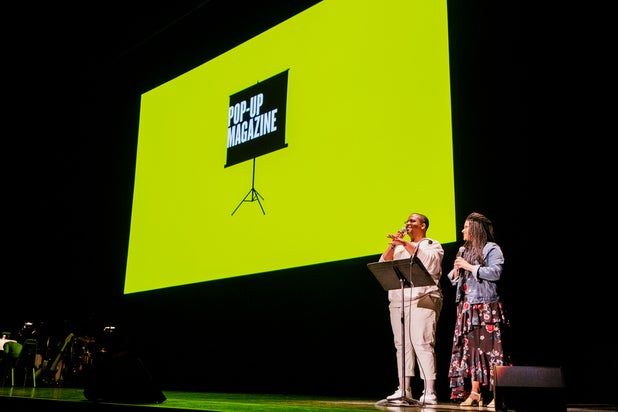 Anita Badejo, executive editor and co-host of Pop-Up Magazine, described the magazine to TheWrap as “a live magazine show,” with stories to be “accompanied by original artwork and photography, and a live score by our house band, Magik*Magik Orchestra. Nothing is streamed or published online, so you really have to be there to see it.”

Also Read: 'The Opposition' Ends With a Bang as Jordan Klepper Finally Defeats His Enemies (Video)

Ticketholders will see musical performances from Jinho “The Piper” Ferreira and photos from Diana Markosian, whose work has been featured in National Geographic and the New York Times. Once the performance run is complete, they’ll be unable to be revisited online.

Klepper, who has appeared on “The Daily Show” and hosted “The Opposition” on Comedy Central, told TheWrap that aspect was appealing to him.

“I’ve been writing a lot recently and have found myself frustrated at the performative outlets afforded longer storytelling. Stand up is great, but it lives and dies on a joke’s efficiency. An audience’s expectation in a club often doesn’t leave much space for a more literary, introspective approach. Television has its own limitations,” Klepper said.

Badejo gave TheWrap a peek at what is in store at the performances, saying, “We’ve never worked with a cabaret performer before, so that’s a first. We’re also collaborating with Grammy-nominated musicians Devotchka, who scored ‘Little Miss Sunshine,’ to compose the score for one of the stories in the show. Finally, without giving away too much, one of our stories involves one man’s lifelong quest to build a working flying saucer, and we’re experimenting with some really innovative ways to bring that process to life on stage.”

Also Read: Bernie Sanders and Jordan Klepper Debate if Trump Is Worst or 'Best of the Worst' on 'The Opposition' (Video)

“This past year I turned forty, witnessed my body start to decay and found myself eating falafel with Bill and Hillary Clinton. It’s been a strange year. You’d be surprised the nuggets of wisdom one gets when the former leader of the free world pulls you aside and lets you know what he sees,” he said.

Here’s the full lineup for this season’s performers: