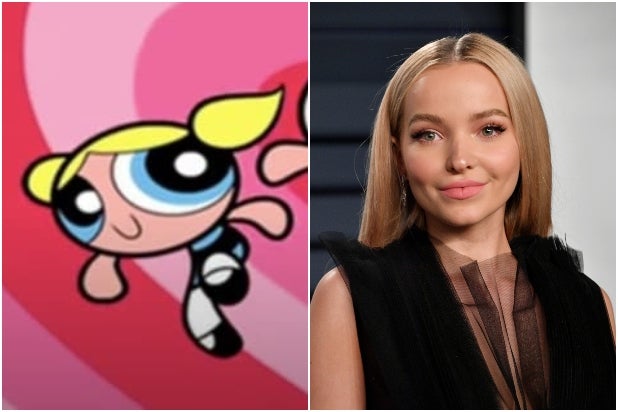 The CW has found its new Powerpuff Girls in Chloe Bennet, Yana Perrault and Dove Cameron. And for Cameron, this role is quite literally a dream come true — or rather, a tweet come true.

In this new take on the beloved children’s animated series, “The Powerpuff Girls used to be America’s pint-sized superheroes, [but] now they’re disillusioned twenty-somethings who resent having lost their childhood to crime fighting.” Cameron will star alongside Chloe Bennet’s Blossom, and Yana Perrault’s Buttercup.

And, as it turns out, Cameron unknowingly put herself up for the part almost a decade ago. In a resurfaced tweet from 2013, Cameron wrote “I really just want to play Bubbles in a live-action Power Puff Girls movie.”

Well, she almost got it right. Instead of it being a movie, “Powerpuff Girls” will be a live action series.

“Powerpuff Girls” will be a reunion for Cameron and Bennet, as both starred in Season 5 of ABC’s hit series “Agents of S.H.I.E.L.D.” Cameron played Ruby Hale, who had a bit of an obsession with Bennet’s character, Daisy Johnson. The two eventually became adversaries, and found themselves battling in true Marvel fashion: Daisy’s superpowers vs. Ruby’s bioengineering.

Bennet’s Blossom is described as a former “spunky, conscientious, Little-Miss-Perfect child who holds several advanced degrees” but now, “Blossom’s repressed kiddie-superhero trauma has left her feeling anxious and reclusive, and she aims to become a leader again — this time on her own terms.”

Cameron’s version of Bubbles is described as just as sweet and charming as we knew her in Cartoon Network’s animated series, “but her charming exterior belies an unexpected toughness and wit.”

In response to Cameron’s prescient tweet, her former on-screen brother, Joey Bragg, chimed in with his excitement. He tweeted back to her, calling Bubbles “The role you were chemically engineered to play” (a subtle nod to the origins of the Powerpuff Girls themselves).

The role you were chemically engineered to play.

The CW’s “Powerpuff Girls” will be executive produced by Greg Berlanti, with Sarah Schechter and David Madden. Heather Regnier writes and executive produces, as well as Diablo Cody for Vita Vera Films.