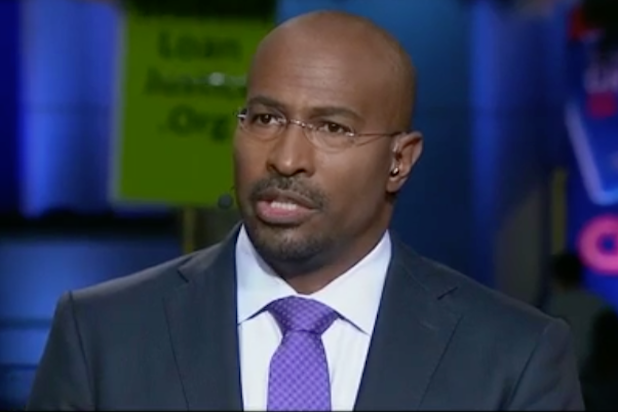 CNN’s Van Jones was furious following Wednesday’s presidential debate, and dropped one of the best lines of the night — if you still chuckle at potty humor.

“This is a very sad night for the country. You can’t polish this turd,” Jones said to describe Donald Trump’s performance against Hillary Clinton.

Anderson Cooper chimed in with more comedic gold by saying, “Technically, you cannot polish any turd.”

Jones was fired up that Trump said he would consider not accepting the results of the election.

“The appalling lack of patriotism from this man to stand there and say that,” Jones said.

Voters seem to agree with Jones.

Clinton won the third and final presidential debate, according to a CNN instant poll on Wednesday.

Also Read: Final Presidential Debate Grows From No. 2, But Is Nowhere Near Trump-Clinton 1

But viewers strongly felt that Trump was the more aggressive debater on Wednesday, according to the poll. Sixty percent said that Trump was on the attack more than his opponent, with just 23 percent saying that about Clinton.

The network cautioned that it measures a sample of potential voters who watched the debate, as opposed to surveying all voters. That sample skews slightly Democratic, because Democrats are a bit more likely than Republicans to watch the debates.