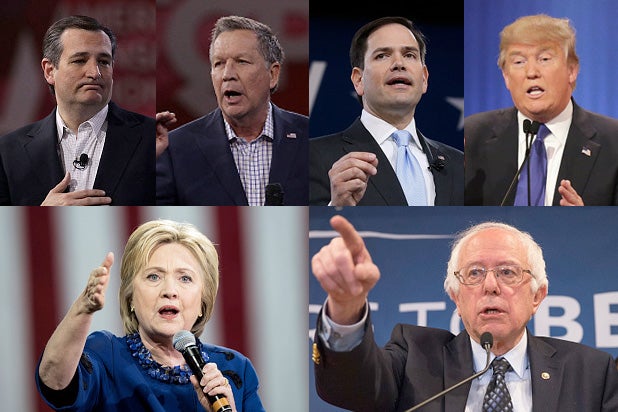 Primary races in Florida, Illinois, Missouri, North Carolina and Ohio have news networks on their toes today during what some are dubbing “Super Tuesday 2.”

However, it’s technically the third “Super Tuesday” and CNN’s Brian Stelter dubbed it “Survival Tuesday.” Whatever you call it, the networks are ready, with various countdown clocks and reporters on locations across the country. Not sure what to watch? TheWrap has you covered.

Lester Holt will anchor live updates of “NBC Nightly News” from New York for all time zones, and special reports as results come in. Andrea Mitchell, Chuck Todd, Katy Tur, Peter Alexander and Kasie Hunt will cover all aspects of the primary contests for the network.

The “CBS Evening News with Scott Pelley” will provide full coverage of tonight’s primaries featuring analysis from John Dickerson and reporting from Major Garrett and Nancy Cordes on the campaign trail. Pelley and Dickerson will then anchor Campaign 2016 updates throughout the night.

Elaine Quijano anchors coverage featuring updates from Garrett and Cordes on the campaign trail, along with reports from CBS News Elections Director Anthony Salvanto and DeMarco Morgan at the CBS News Decision Desk at 6 ET/ 3 PT.