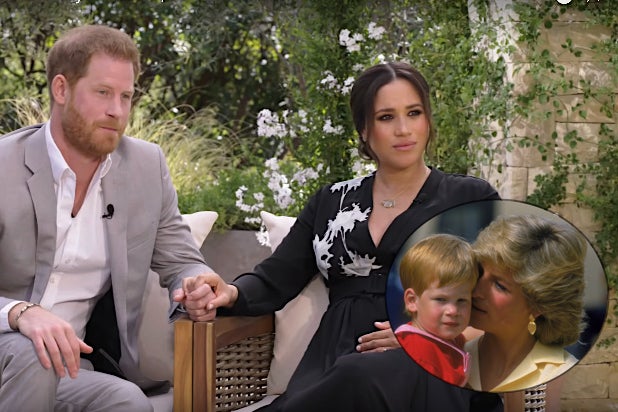 Prince Harry opened up to Oprah Winfrey about the growing fear that if he and his wife, Meghan Markle, remained in England, she would suffer the same tragic fate as his late mother, Princess Diana.

“My biggest concern was history repeating itself,” Harry said in a wide-ranging interview for “Oprah With Meghan and Harry: A CBS Primetime Special.” The Royal couple spoke frankly about marriage, motherhood, philanthropic work and how the former Hollywood actress is handling life under intense public pressure.

“Were you silent… or were you silenced?” Winfrey asked Markle, who said the public scrutiny they faced from the media in England became “almost unsurvivable.”

“For me,” Prince Harry said, “I’m just really relieved and happy to be sitting here talking to you with my wife by my side because I can’t begin to imagine what it must have been like for (my mother) going through this process by herself all those years ago because it has been unbelievably tough for the two of us… but at least we have each other.”

“Oprah With Meghan and Harry: A CBS Primetime Special” will air Sunday, March 7, 8 p.m. ET/PT on the CBS Television Network.

Watch the two teasers below: