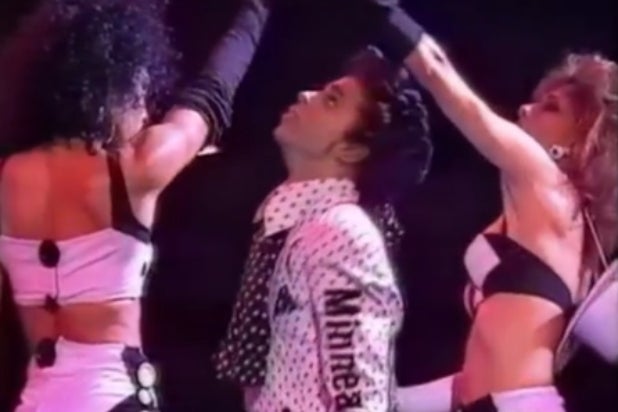 Music legend Prince saw a doctor on the day before his death, according to a search warrant executed to obtain the musician’s medical records.

The application for the search warrant indicates that Prince was seen twice in the days leading up to his death by Dr. Michael Todd Schulenberg, the second time being on April 20, the day before the musician’s death at age 57. Schulenberg said that tests had been performed on the musician, and that he had arrived at the Paisley Park residence on April 21 to deliver test results.

Schulenberg also said that he had prescribed medications to Prince, to be filled at a Walgreens pharmacy.

Also Read: Gene Simmons Blasts Prince's Death: 'How Pathetic That He Killed Himself'

The paperwork doesn’t indicate what the tests were for, or what medications were prescribed.

According to the Los Angeles Times, which obtained the paperwork, the warrant was executed May 5 at North Memorial Medical Center in Robbinsdale, Minnesota.

Prince was found unresponsive on the elevator at Paisley Park on the morning on April 21, days after reportedly undergoing treatment for an overdose of the opioid painkiller Percocet. Responders were unable to revive the musician, who reportedly possessed painkillers at the time of his death.

On April 20, Prince staffers reached out to Mill Valley, California, addiction specialist Dr. Howard Kornfeld, who was scheduled to meet with the singer. Kornfeld’s son Andrew, who works with his father, arrived at Paisley Park on the day of Prince’s death to explain the treatment to the musician, according to attorney William Mauzy, who represents the Kornfelds.

The results of an April 22 autopsy are still pending.