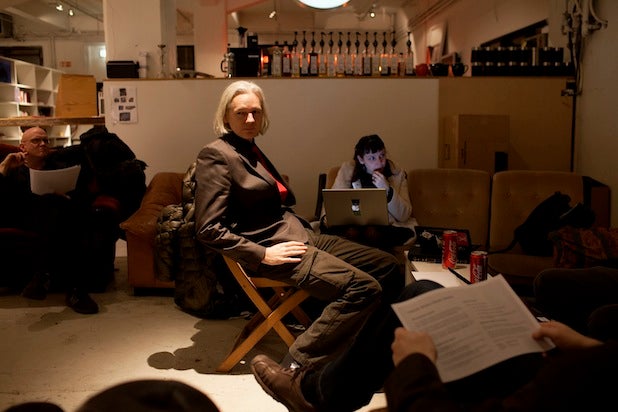 Alex Gibney’s “We Steal Secrets: The Story of Wikileaks” and Sean Fine’s and Andrea Nix Fine’s “Life According to Sam” are among the nominees for the Producers Guild of America’s 2014 award for documentaries, the PGA announced on Tuesday.

The other nominees are “A Place at the Table,” “Far Out Isn’t Far Enough: The Tomi Ungerer Story” and “Which Way Is the Front Line From Here? The Life and Times of Tim Hetherington.”

None of the nominated films were nominated for the top award by the International Documentary Association or the Cinema Eye Honors, the two most prestigious groups that honor non-fiction filmmaking. The PGA list did not include such high-profile docs as “The Act of Killing,” “20 Feet From Stardom,” “Blackfish” and “Stories We Tell.”

The disconnect emphasizes that 2013 was a year in which there is no prohibitive favorite in the documentary race, and few consensus choices.

The PGA list is a varied one. “We Steal Secrets” is Gibney’s examination of Wikileaks, and a film that drew quick condemnation from Julian Assange. “Life According to Sam” is the Fines’ look at a boy and his family fighting the early-aging disease progeria. “A Place at the Table” is a film from directors Kristi Jacobson and Lori Silverbush examining the issue of hunger in America. “Far Out Isn’t Far Enough” is Brad Bernstein’s chronicle of subversive artist Tomi Ungerer. And “Which Way Is the Front Line From Here?” is writer-director Sebastian Junger’s remembrance of Tim Hetherington, his “Restrepo” co-director, who was killed in Libya in 2011.

“Life According to Sam” and “Which Way Is the Front From Here?” are HBO documentaries.

The Academy is expected to announce its 15-film shortlist of feature documentaries next week. A record 151 films qualified.

The PGA Awards will take place on Jan. 19 at the Beverly Hilton Hotel.