In a case that could have serious consequences for the way Hollywood does business and conducts productions overseas, Los Angeles film executives Gerald Green and his wife Patricia have been found guilty by a federal jury of money laundering, of conspiracy to violate the U.S. Foreign Corrupt Practices Act and of violating the act.
The jury also found Patricia Green guilty of tax evasion. 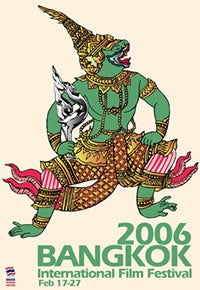 “I think the government is sending a message to Hollywood,” Gerald Green’s lawyer Jerome Mooney III told TheWrap. “The message is you guys play fast and loose out there with accounting and greasing palms around the world and the Justice Department is going to start looking at your books.”
The decision came down late Friday afternoon, after two and a half weeks of trial.
The Greens, as The Wrap reported on Aug. 2, were charged by the Department of Justice with having bribed Thai authorities up to $1.8 million between 2002 and 2006 to receive approximately $14 million in government contracts and grants to run the Bangkok International Film Festival.
Green also was the producer of Oliver Stone’s “Salvador” in 1986 and was an executive producer on the 2006 Christian Bale film “Rescue Dawn.”
The conspiracy and corruption charges each carry a maximum penalty of five years in prison, and each of several money laundering counts carries a maximum penalty of up to 20 years in prison. The false subscription of a U.S. income tax return carries a maximum penalty of three years in prison and a fine of not more than $100,000.
Sentencing has been set for Dec. 17, 2009, before the Honorable George Wu in the Central District of California.
Arrested in December 2007, the Greens were charged with having paid bribes to former Tourism Authority of Thailand Governor Juthamas Siriwan and others.
The department charged that “defendant Gerald Green altered and falsified film production budgets to make them appear as though they were created in 2006 in an effort to characterize bribe payments as bona fide film production expenses” when the budgets “were not created in 2006."
With red carpet appearances by stars such as Catherine Deneuve and Michael Douglas and the screening films such as Julie Taymor’s “Frida,” Pedro Almodovar’s “Talk to Her” and Park Chan-wook’s “Old Boy,” the Greens, Mooney said, “put the Bangkok Film Festival on the map.”
Their involvement with the festival, and the various spin-offs of it, ended when Siriwan and other officials they dealt with lost their pivotal positions in a coup in 2006.
The corrupt practices act became law in 1977. In recent years, starting under the administration of George W. Bush and continuing under Barack Obama, investigations and prosecutions under the act have become the Department of Justice’s number two enforcement priority behind terrorism cases.
The act prohibits American citizens and corporations from making “an offer or payment of anything of value to a foreign official, foreign political party or candidate for political office, for the purpose of influencing any act of that foreign official in violation of the duty of that official, or to secure any improper advantage in order to obtain or retain business.”

The problem with the corrupt practices act and the film industry, lawyer Mooney told TheWrap before trial, is that the act neglects to take into account the real cost of doing business outside North America and Western Europe. “The fact, is in the movie business there are many things that have to be taken care of, and that have to be paid in local areas,” he said.

By prosecuting the couple, the U.S. government is simply "not accurate in what it is saying. They never inflated any budgets for any purpose, and they did not hide any of the funds they paid to anywhere,” he said. “They all showed up properly in their books and records.”

On Monday, Mooney warned: “Hollywood is going to have to be very careful in the near future. The mindset of the culture is going to have to change."
"As these convictions demonstrate, the Department of Justice will not waiver in its fight against corruption, whether perpetrated within our borders or abroad," Assistant Attorney General Lanny Breuer said in a statement Monday.
"The FCPA is a powerful tool that the Department will continue to use in an effort to stop individuals like the Greens who seek to further their own business interests through bribes paid to foreign officials."
x
Looks like you're enjoying reading