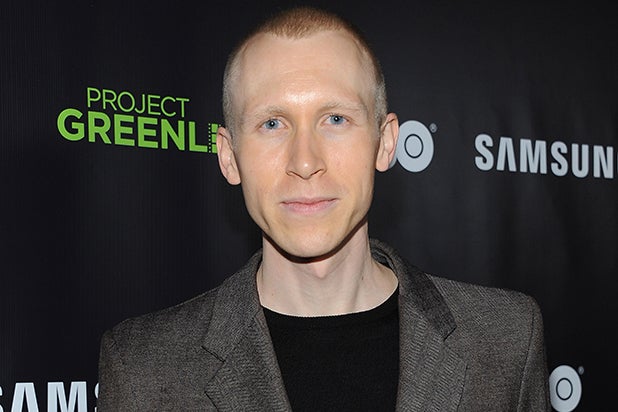 Newsflash: Reality shows sometimes manipulate reality. Such is the case with HBO’s recent revival of “Project Greenlight” — at least according to Jason Mann, the winner and star of the current season, which ends tonight and followed the director as he set out to make his first feature film.

Mann doesn’t feel that the show portrayed him as he really is, or the production on his movie, “The Leisure Class,” with perfect accuracy.

This season of “Project Greenlight” focused largely on the contentious relationship between Mann and producer Effie Brown. The two were often seen at odds over everything from shooting on film versus digital, location scouting and reshoots. Towards the end of the season, Brown was seen particularly frustrated by the lack of gratitude Mann showed toward her and her hard work.

“It’s a little bit frustrating for me to watch, because in order to create the most dramatic contention between myself and Effie, they’ve had to remove anything that seemed like kindness or any time that I’ve shown any gratitude to anyone,” he said. “They’ve made a particular character out of me and out of Effie as well.”

Mann said he and Brown are on friendly terms, and met up in New York recently to commiserate over their portrayals on the show.

“The contention on the show is much more severe than the reality of it,” he said. “We were having our disagreements but they made it seem like the world was falling apart practically.”

One point he agreed with Brown on was the need for more racial and gender diversity in the film industry. Various episodes followed Brown fighting to hire diverse crew members and not allowing people of color to be portrayed in subservient roles on screen.

The issue was brought to light in the first episode of the new season, when Brown sparred with executive producer Matt Damon on the subject. Damon landed in hot water with viewers for saying diversity is handled in the casting of a movie, not behind the scenes, and he subsequently apologized, saying a larger conversation on the topic was edited out of the episode.

“The issue is a very complicated one, obviously,” he said. “I think Matt’s comments were actually taken out of context somewhat.” He added that it makes sense to not want anyone in the industry be judged by their ethnicity or gender, but also for people in the industry to be conscious of the challenges facing women and people of color. “In fact, I think if ‘Project Greenlight’ does another season,  it would be tremendous if it was entirely for female directors and people of color, because statistically those are who’s underrepresented in this industry.”

All four seasons of the show thus far have featured white male directors as winners.

As for Mann’s own film “The Leisure Class,” which stars Ed Weeks, Tom Bell and Bridget Regan, it premieres Tuesday on HBO. Mann said he’s happy with the end result, despite the compromises that had to be made.

“If in some scenario, if I had just been given the same budget and just told to go off with my normal producing team to make a movie, it would have been a different thing,” he said. “That being said, a movie evolves and part of the process of making something is that you are constantly adapting to the things you have in front of you. I think we used the best of what we had to work with and I’m very happy with the movie. I think everyone involved is very proud of it.”

The season finale of “Project Greenlight” airs Sunday at 8 p.m. ET on HBO. “The Leisure Class” premieres Tuesday at 8 p.m.