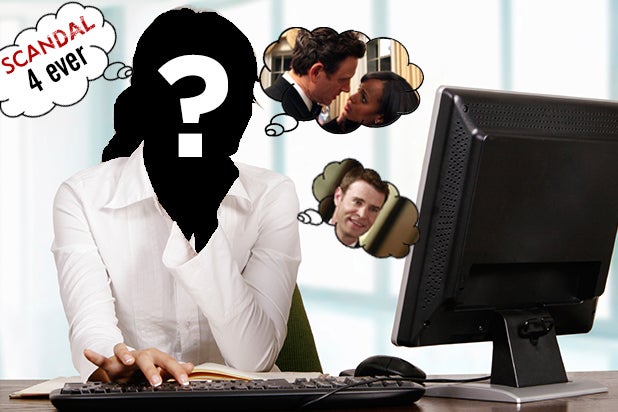 One of the drama’s top fan bloggers has been revealed to be an employee of ABC and the fandom isn’t happy about it.

Courtney Pajor, a director of special sales for the network out of its New York City offices, has made herself one of the most influential fan voices on “Scandal,” two individuals with knowledge of the blogger’s identity told TheWrap.

“I am 100 percent sure that Scandal411 is Courtney Pajor,” one individual who’s had multiple interactions with the blogger said.

TheWrap is also in possession of documents that link Pajor to the Scandal411 Twitter account, though the individual who provided them asked to remain anonymous.

Since TheWrap began investigating the blogger’s identity earlier this week, she changed her Twitter account to @GrantForPrez and the Scandal411 website was made private by its owner. Pajor did not respond to TheWrap’s multiple attempts to reach her by phone and social media.

ABC issued the following statement to TheWrap: “We take these allegations very seriously. We are investigating the situation and will handle accordingly.”

Show bloggers and fans have said that Pajor has crossed the line in her exchanges with fans and journalists who don’t share her opinions. The accusations range from incidents as minor as calling other fans “crazy” and tweeting “F-CK YOU ATAS” when “Scandal” star Kerry Washington didn’t win the Best Actress Emmy in September to attacking journalists, including TheWrap, all unbecoming behavior for an employee of the network.

Pajor was incensed at TheWrap over an interview with Washington which in her opinion exposed a plot inconsistency.

There have also been allegations that Pajor has used her internal connections to limit blogger and fan access to the show and to frequent Twitter pal, “Scandal’s” costume designer Lyn Paolo.

@GrantForPrez got your message ok now I know you are ok I am happy!!!!

@GrantForPrez So glad to know where to find you…I was a bit put out by all those shenanigans yesterday,glad you’re ok. Love the new handle

Pajor’s prominence in the “Scandal” community is further amplified by the show’s top ranking for social media interaction and the possibility such news can taint the network’s efforts in social media. Socialguide ranked it the seventh most-tweeted show of 2013, with 3.5 million interactions over the first six months of this year.