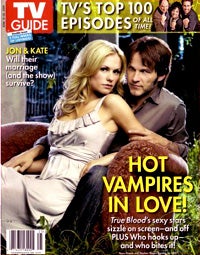 TV Guide parted ways Thursday with its publisher and at least a half-dozen staffers.

Peter Haeffner, who has been in that role for four years, is out, a representative for TV Guide confirmed to TheWrap. Associate publishers Gary Kleinman and Mindy Nathanson are out too. The news was first reported by the Media Industry Newsletter.

The magazine, now owned by Open Gate Capital, seen a number of executive-level changes in the last year, most coming following its now-infamous sale, in which the magazine changed hands – from Gemstar to Macrovision – for $1.00, plus the assumption of major debt.

Scott Crystal, the former president of TV Guide, was ousted in May, and promptly filed a breach of contract suit against the company.

Through June, ad pages for TV Guide were down some 27.9 percent versus the same period in 2008 – right on par with the industry average slide, according to the Publishers Information Bureau.

Ad pages for Entertainment Weekly, by comparison, were off 31.9 percent.