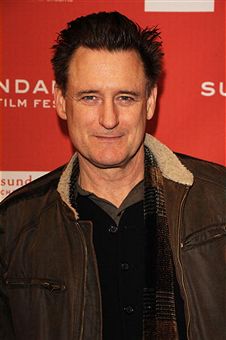 Contrary to a recent L.A. Times report, TheWrap has learned that actor Bill Pullman has NOT been cast as Hugh Hefner opposite Lindsay Lohan in director Matthew Wilder’s upcoming Linda Lovelace biopic "Inferno."

Pullman’s manager at One Talent Management was adamant that Pullman is not currently attached to play the Playboy publisher, nor is he in negotiations for the role.

Apparently, Pullman worked with Wilder years ago on the little-seen indie "Your Name Here." Wilder showed Pullman the Lovelace script he had been working on and that was pretty much the extent of the conversation.

This is why you can’t always believe some no-name indie producer (that would be Wali Razaqi) trying to drum up press for his also-ran project before the start of the Cannes Film Festival. That said, the increasingly-quirky Pullman has reinvented himself as a solid character actor who I think would’ve been interesting as the bathrobe-clad Hef.

Oscar winner Rob Epstein ("The Times of Harvey Milk") and his "Howl" co-director Jeffrey Friedman are also working on a biopic of the adult film star titled "Lovelace." W. Merritt Johnson (HBO’s "In Treatment") is writing the script based on Eric Danville’s bio "The Complete Linda Lovelace."

We’ll have to wait and see if either of these dueling biopics turn out better than Fenton Bailey and Randy Barbato’s excellent documentary "Inside Deep Throat," which chronicled the making of what some argue is the most profitable movie of all-time.

Pullman was last seen being effectively creepy in Jennifer Lynch’s unnerving thriller "Surveillance." He’ll next appear on the bigscreen as a loony lawyer in Michael Winterbottom’s "The Killer Inside Me" and also stars opposite Cillian Murphy and Ellen Page in Michael Lander’s upcoming dramatic thriller "Peacock." Additionally, Pullman joins Matt Dillon in the intriguingly-titled "Rio Sex Comedy" and will appear as a high-ranking military officer in Mario Van Peebles’ "Kerosene Cowboys."