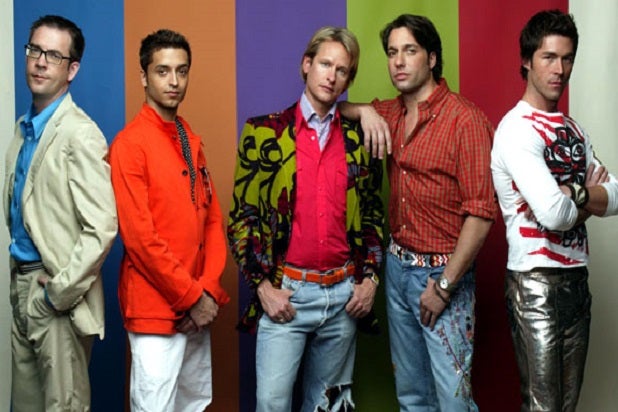 Mark your calendars, “Queer Eye” fans; the momentous reunion of Carson Kressley and the rest of the Fab Five has an air date.

Kressley, Ted Allen, Kyan Douglas, Thom Filicia, and Jai Rodriguez will appear together once more for “Queer Eye Reunion: 10 Years Later” on Oct. 20 at 9 p.m. on Bravo, the network said Thursday. The special will mark the first time in seven years that the merry band of heterosexual-helpers have united.

Andy Cohen will host the festivities.

“Hilarity ensues when the Fab Five unite for the first time in seven years to watch and reflect on the most memorable moments of the series,” Bravo said in a release. “The cast reveal their favorite ‘make-betters,’ most challenging straight guys, and if they would return for another season of ‘Queer Eye.’ Find out who came out to his family as a result of the show, which cast members shared a kiss and who was the biggest diva. Amidst the laughter and jokes, the guys reflect on how the show brought homosexuality to the forefront of pop culture and proved that, as their theme song says, ‘All things just keep getting better.'”

Embassy Row is producing the special for Bravo, with Cohen and Deirdre Connolly acting as executive producers.