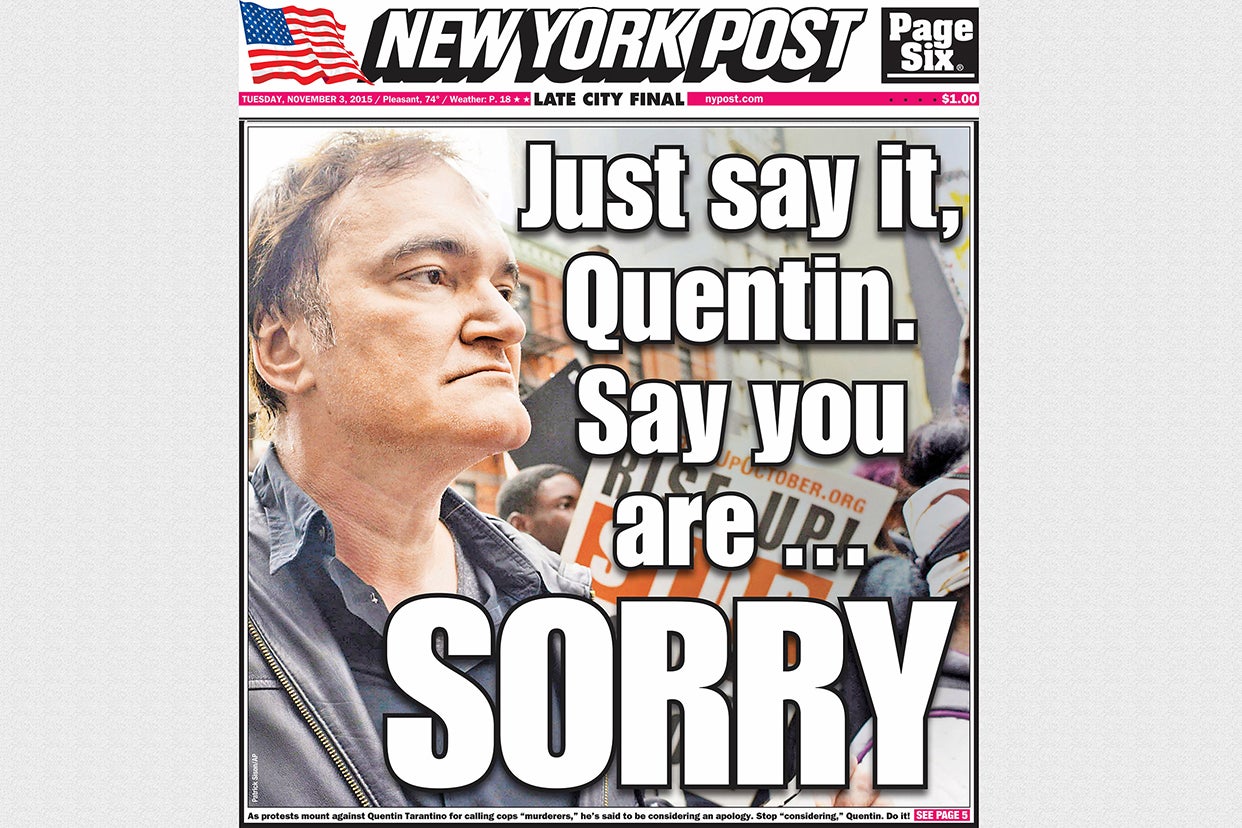 The New York Post devoted its cover to Quentin Tarantino on Tuesday, and demanded that the director apologize for calling police officers “murderers.”

“Just say it, Quentin. Say you are…SORRY,” the cover reads. The director has faced mounting pressure from police unions since appearing at a rally against police brutality in New York on Oct. 24.

Police unions in New York, Los Angeles, New Jersey, and Philadelphia called for a national boycott of Tarantino’s films.  The National Association of Police Organizations — a group representing 1,000 police units and associations and over 241,000 sworn law enforcement officers — also called for a total boycott of his films, including the upcoming “Hateful Eight.”

The Association of Orange County Deputy Sheriffs and the National Border Patrol Council also recently joined in the boycott, shredding the director for his “hateful words.”

But as TheWrap exclusively reported, an individual with knowledge of the situation said the director is planning to explain his comments in an opinion piece and apologize to those who were offended. The exact time and media outlet will be decided by the director, the individual said.