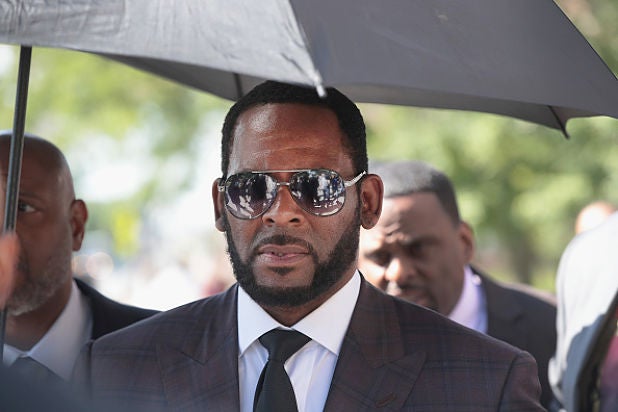 Singer R. Kelly pleaded not guilty in federal court in Brooklyn on Friday to charges that he sexually exploited young women and girls who attended his concerts, according to documents obtained by TheWrap. Kelly was also denied bail.

Kelly was indicted last month in the Eastern District of New York on charges that include racketeering, kidnapping, forced labor and sexual exploitation of a child. He was indicted on five counts, including violation of the Mann Act, which involves the coercion and transportation of women and girls across state lines to engage in sexual activity.

The singer appeared before Magistrate Judge Steven Tiscione and was ordered into custody on Friday, with prosecutors arguing that Kelly was a flight risk and a danger to the community.

Kelly’s attorneys did not immediately respond to a request for comment.

According to CNN, the indictment details reported incidents in Illinois, Connecticut, California and New York, including an accusation that Kelly exposed at least one person to a sexually transmitted disease and did not disclose it. Five Jane Does are mentioned within the indictment, including three minors.

The “I Believe I Can Fly” singer has consistently denied any wrongdoings dating back to the release of the Lifetime documentary series, “Surviving R. Kelly,” which detailed several accusations of sexual misconduct. The singer was already under indictment in Chicago for state charges of aggravated sexual assault and abuse.

And in July, he was taken into custody for a 13-count indictment in the Northern District of Illinois for the enticement of a minor,  obstruction of justice, and child pornography charges.