Rachel Campos-Duffy has a lot going on. The mother of nine makes her “Fox & Friends Weekend” co-host debut Saturday and just launched a new podcast with her husband, former congressman Sean Duffy. The couple met thanks to MTV’s “The Real World” — she was a cast member on “The Real World: San Francisco” in 1994, while he was on “The Real World: Boston” — but Campos-Duffy isn’t convinced the new iteration of the show that sparked her marriage can live up to the original seasons.

“I’ve been hearing about the new ‘Real World’ reunions,” she told TheWrap this week, referencing Paramount+’s “The Real World Homecoming” revival. “I have many old and dear friends from my ‘Real World’ days and it will be fun to watch and see what their post-MTV lives and families are like. But I doubt anything like my season of the ‘Real World’ in San Francisco could ever be made in today’s woke cancel culture.”

She went on, “When you shame and punish people socially and professionally just for having a different point of view, you get a lot of self-censorship and fake virtue signaling. Conversations are stilted and not genuine. That’s what the tyranny of wokeism does. Without free speech, grace, understanding and humility, you can’t ‘get real,’ as the show’s catchphrase so famously says.” 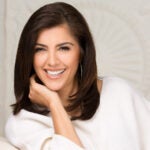 “Fox & Friends Weekend” viewers can expect more unfiltered opinions like those when Campos-Duffy takes her seat on the famous curvy couch Saturday. They can also expect updates on her kids, who impact her work significantly. She spoke to TheWrap about her youngest daughter, Valentina, who has Down syndrome and recently had a major surgery, and what lessons the baby girl has taught the family that Campos-Duffy hopes to pass on to viewers.

“Valentina has brought something amazing out of our family. It’s intangible, but it’s definitely real. Our family is better because of her. Our children have a love and compassion for people with challenges that they didn’t have before Valentína came into our family,” she mused, noting that the baby has taught the Duffy clan about “authentic tolerance.”

Beyond the chance to share Valentina’s story and discuss “wokeism” in depth, Campos-Duffy told us about all the other reasons she’s thrilled to make her co-hosting debut.

“I’m so excited to work with my friends Will [Cain] and Pete [Hegseth]. They are both such pros and so much fun, on and off set,” she said. “It makes our four hours together fly by! ‘Fox & Friends’ is the number one morning cable show in America, and the number one comment I get from viewers is that I say what they are thinking. I plan to keep doing that and keep representing the worldview and values of millions of Americans who don’t see themselves or their families reflected on other networks and morning shows.”