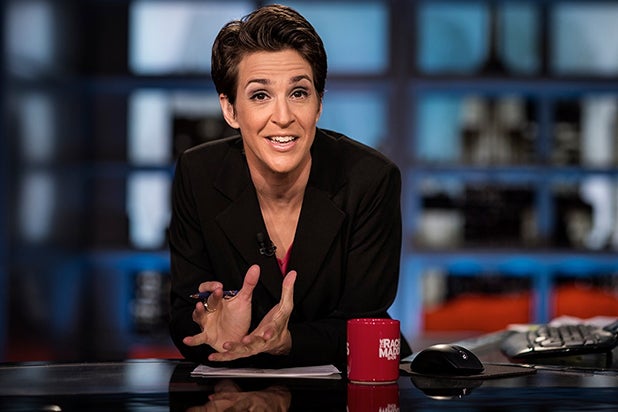 Rachel Maddow made history last week when her show beat Fox News’ “The Kelly File” in both total viewers and the key news demo of adults age 25-54 on Thursday… then it happened again on Friday.

Thursday’s victory was the first time “The Rachel Maddow Show” has ever beaten Fox News in both categories. She averaged 609,000 demo viewers and 2.5 million total viewers. Maddow’s show debuted in 2008.

The momentum continued, at least in the demo, on Monday when Maddow beat CNN and Fox News among viewers age 25-54, but fell to Megyn Kelly’s “The Kelly File” in total viewers.

Fox News continues to be a rating juggernaut, often finishing atop all of cable on a weekly basis. It’s noteworthy that Maddow beat one of Fox News’ biggest stars, even if it was only for a couple of nights.

On Tuesday, Maddow lost to Kelly in both categories. “The Kelly File” averaged 2.76 million total viewers and CNN’s Anderson Cooper picked up the demo victory on Tuesday, averaging 529,000 compared to 481,000 for Maddow.