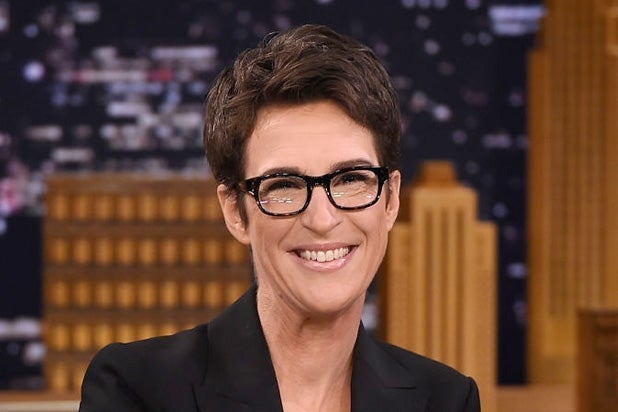 The pundit received the award for the audiobook version of her 2019 book “Blowout: Corrupted Democracy, Rogue State Russia, and the Richest, Most Destructive Industry on Earth,” which explores the impact and influence of fossil fuel companies in world governments, particularly those connected to Russia’s prime minister, Vladimir Putin.

The other nominees alongside Maddow in this year’s field were Red Hot Chili Peppers guitarist Flea for his memoir “Acid for the Children”; Ken Jennings and Alex Trebek for the late “Jeopardy!” host’s memoir “The Answer Is…”; Ronan Farrow for “Catch and Kill,” his book on investigating the Harvey Weinstein assault allegations; and an audiobook of E.B. White’s classic children’s novel “Charlotte’s Web” narrated by Meryl Streep.