Radiohead, the Red Hot Chili Peppers and Lana Del Rey are set to perform at the Lollapalooza Festival in Chicago’s Grant Park this summer.

The festival will take place from July 28 to July 31. Last year, Paul McCartney and Metallica headlined the festival, and other artists such as the Weeknd, Charli XCX, Sam Smith and Alesso performed as well.

See the full lineup for Lollapalooza below. 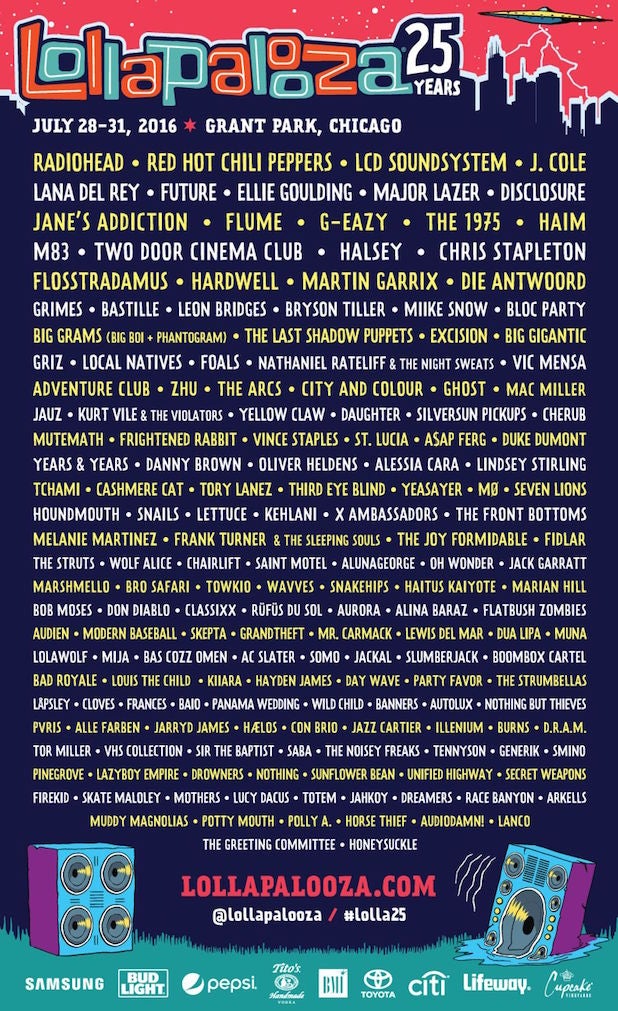