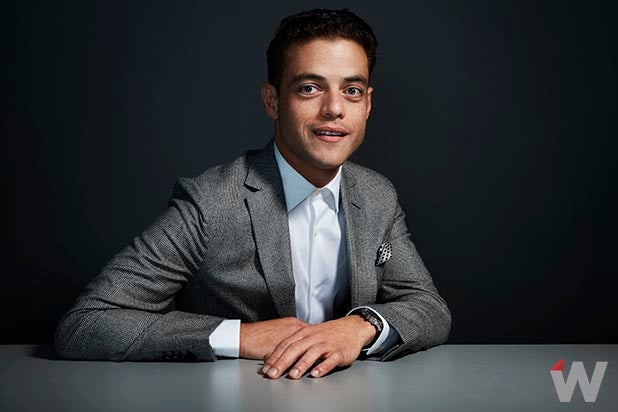 Emmy-winning “Mr. Robot” star Rami Malek is set to play a rock legend, as he is in talks to star as late Queen frontman in Fox and New Regency’s “Bohemian Rhapsody,” about the iconic British band, TheWrap has learned.

“X-Men: Apocalypse” director Bryan Singer is in discussions to helm the movie.

Producer Graham King of GK Films has been developing the project for eight years, with multiple actors and studios involved. The movie was originally at Sony, where “Borat” star Sacha Baron Cohen was set to play Mercury, with Robert De Niro producing and Peter Morgan writing. Cohen left the project in 2013, citing creative differences.

Ben Whishaw was then tapped for the starring role with Dexter Fletcher as the director, but that pairing also never came to fruition.

Malek is coming off a September Emmy win for Outstanding Lead Actor in a Drama Series for his star turn as Elliot Alderson in the USA series “Mr. Robot.” Singer’s last directorial project was Fox’s “X-Men: Apocalypse,” which made $544 million worldwide.

Anthony McCarten, who wrote “The Theory of Everything,” handled the most recent version of the script. King will produce alongside Jim Beach, with Denis O’Sullivan as an executive producer. Brian May and Roger Taylor, original members of “Queen,” will serve as the film’s music producers.

Malik is represented by WME and Brillstein Entertainment, while Singer is with WME and lawyer Dave Feldman.

Who will win in all the major categories?

Sunday is TV's big night, with the biggest stars vying for love from voters at the Emmys. Here are the odds-on favorites to win each of the major categories, according to TheWrap's expert Steve Pond as well as 18 additional gurus, as compiled by industry awards site Gold Derby.