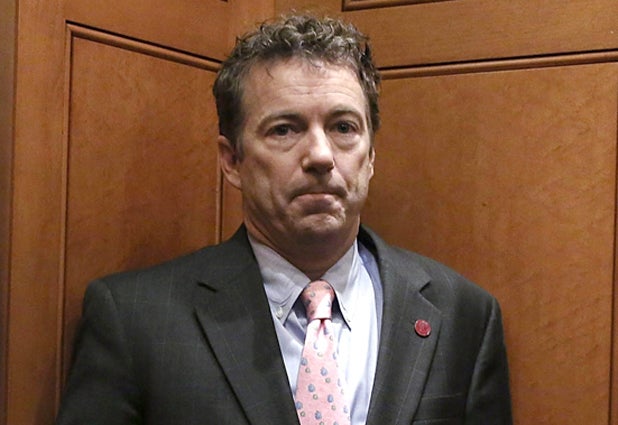 Rand Paul’s column in the Washington Times will end, the newspaper announced on Tuesday, following revelations that Paul plagiarized a passage in at least one of his columns for the conservative paper.

“The newspaper and the senator mutually agreed to end his weekly column, which has appeared Fridays in the newspaper since the summer,” the Washington Times wrote.

The paper also published a correction to Paul’s Sept. 20 column, which had a passage from an article in The Week. Rand’s column, about the disenfranchisement of black voters due to drug sentencing laws, does not link back to the Week article, however.

“We expect our columnists to submit original work and to properly attribute material, and we appreciate that the senator and his staff have taken responsibility for an oversight in one column,” Times editor John Solomon said.

Numerous instances of plagiarism have been discovered in Paul’s speeches, columns and books since Rachel Maddow first noted that a section of Wikipedia’s entry on the movie “Gattaca” had been used in one of Paul’s speeches last Monday.

The Kentucky senator blamed his staff for the attribution errors, which he referred to as “sloppy.” He has promised to implement a new approval process for his speeches and books in the future.