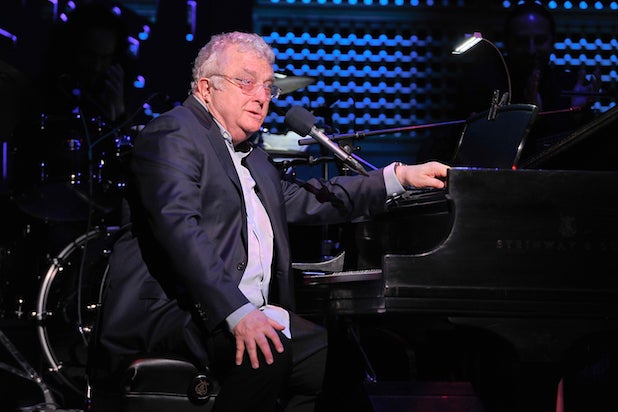 Randy Newman has always been known for his sardonic lyrics and sometimes his politics, but the lines for one of his new songs might just be a bit too low hanging.

Newman said in an interview with Vulture that he wrote a song about President Trump’s penis, but ended up omitting it from his new album because the language was “too vulgar.”

Newman said the chorus continues, “What a d–k! Duh-duh-duh. What a d–k!”

Newman’s latest album “Dark Matter” does however contain a song called “Putin,” with Newman singing about how when the Russian President “takes his shirt off / he drives the ladies crazy.”

“The funny thing was that the song I ended up writing wasn’t even that hard on him, despite the fact he’s a terrible person,” Newman told Vulture.

He added that he cut the Trump song from his album because, “I just didn’t want to add to the problem of how ugly the conversation we’re all having is, so I didn’t put it out.”

Also Read: Randy Newman's Still Got a Friend in Oscar

Fans may never get to hear Newman’s Trump song. His new “Short People,” with its lyrics, “They got little hands,” might have to suffice.