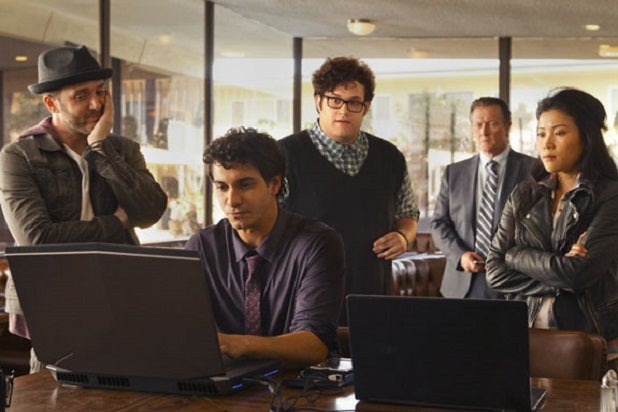 “Scorpion” was definitely ready for some football on Sunday night.

The freshman CBS drama “Scorpion” enjoyed a ratings surge with a special airing on Sunday night, thanks largely to its lead-in, the AFC championship game between the New England Patriots and the Indianapolis Colts, according to preliminary numbers.

While CBS’s numbers for the night are approximate and subject to revision due to the nature of live sports,  according to preliminary numbers the network  currently holds a commanding first place for the night in both the advertiser-sought 18-49 demographic and total viewers.

In metered-market ratings, the championship game, in which the Patriots dominated the Colts with a 45-7 victory, scored a 24.2/37.

Fox was a distant second in the demo and fourth in total viewers with a 1.1/3 and 2.9 million. The network aired repeats for the night, aside from “Mulaney” at 7, which drew a 1.5/4 with 4.3 million total viewers.