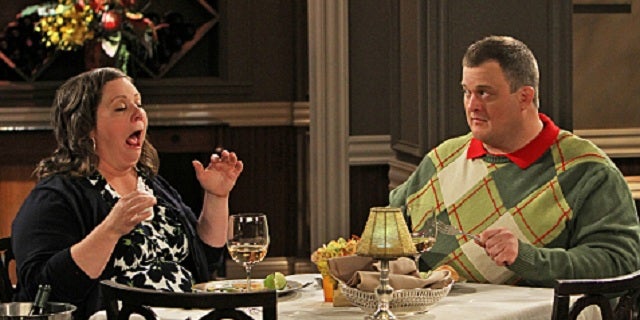 A rescheduled season finale of CBS's "Mike & Molly" wasn't helped by a special timeslot on Thursday night, as the show dropped to a series low. "Hell's Kitchen," meanwhile, was hot enough to push Fox to a ratings win, despite a considerable drop for the network's new reality show "Does Someone Have to Go," according to preliminary numbers.

CBS tied Univision for second place in ratings with a 1.4/4 and was first place outright in total viewers with 6.9 million. The "Big Bang Theory" repeat at 8 was the night's most-watched show with 9 million total viewers. The season finale of "Mike & Molly" at 8:30 slid 25 percent from its last original airing on May 13 at 9:30, posting a series low of 1.8/6 with 7.8 million total viewers. The finale was also down 47 percent in the demo from last year's finale. It was delayed after the Oklahoma tornadoes because a tornado figured into the plot.

The rest of the network's night was filled with repeats.