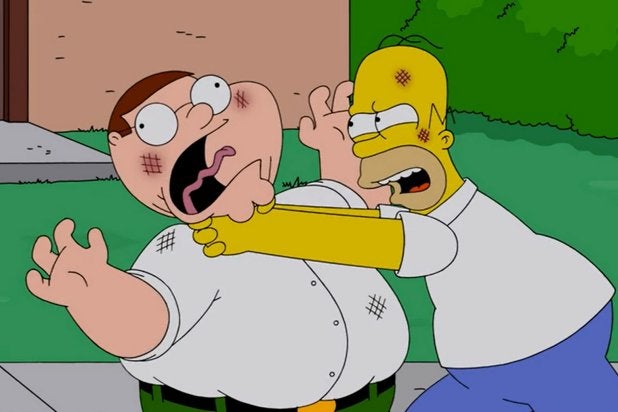 NBC scored a commanding ratings victory on Sunday night, thanks to the “Sunday Night Football” faceoff between the New Orleans Saints and Dallas Cowboys. The season premiere of ABC’s “Once Upon A Time” improved dramatically over last season’s premiere and Fox’s “Simpsons-Family Guy” crossover episode drew big ratings, according to preliminary numbers.

While NBC’s numbers are subject to revision due to the nature of live sports, as it stands the network easily holds first place in ratings with a 6.1 rating/18 share in the 18-49 demographic most important to advertisers, and is also tops in total viewers with 16.2 million for the night. Following three installments of “Football Night in America,” “Sunday Night Football” at 8:30 drew a 7.6/21, by far the night’s best ratings, and 19.8 million total viewers.

Also read: ‘Simpsons’-‘Family Guy’ Crossover Viewers Either Loved It or Hated It