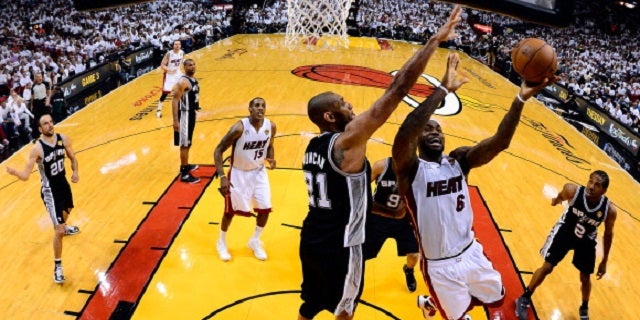 The Tony Awards posted solid gains over last year's ceremony, but they couldn't keep up with Game 2 of the NBA Finals, which scored the night's top numbers and drove ABC to an overall win Sunday night, according to preliminary numbers.

Though the numbers for ABC are approximate due to the nature of live sports, the network currently holds a commanding first place in the advertiser-sought 18-49 demographic with a 3.9 rating/12 share and in total viewers with 10 million. That's due primarily to the NBA Finals Game 2, which dropped from last year but nonetheless dominated the night. The game drew a 4.6/13 — down 21 percent from last year's preliminary numbers, but far and away the night's best performance — and drew 11.6 million total viewers.

Fox, which aired repeats throughout the night, was third in ratings and fourth in total viewers with a 1.0/3 and 2.3 million.

NBC, which also aired repeats, took fourth place in ratings and third in total viewers with a 0.9/3 and 3.4 million.